We had a nice time at our annual Florida winter training camp during the week of March 1-8.  We returned to Treasure Island and a pleasant beach house for our base of operations.  During the week we logged 200+ miles riding, 30+ running, and 10k or more swimming.  I broke 20k swimming for the week with a couple additional Masters swim team practices with the St Pete Masters club.  All in all, lots of fun. 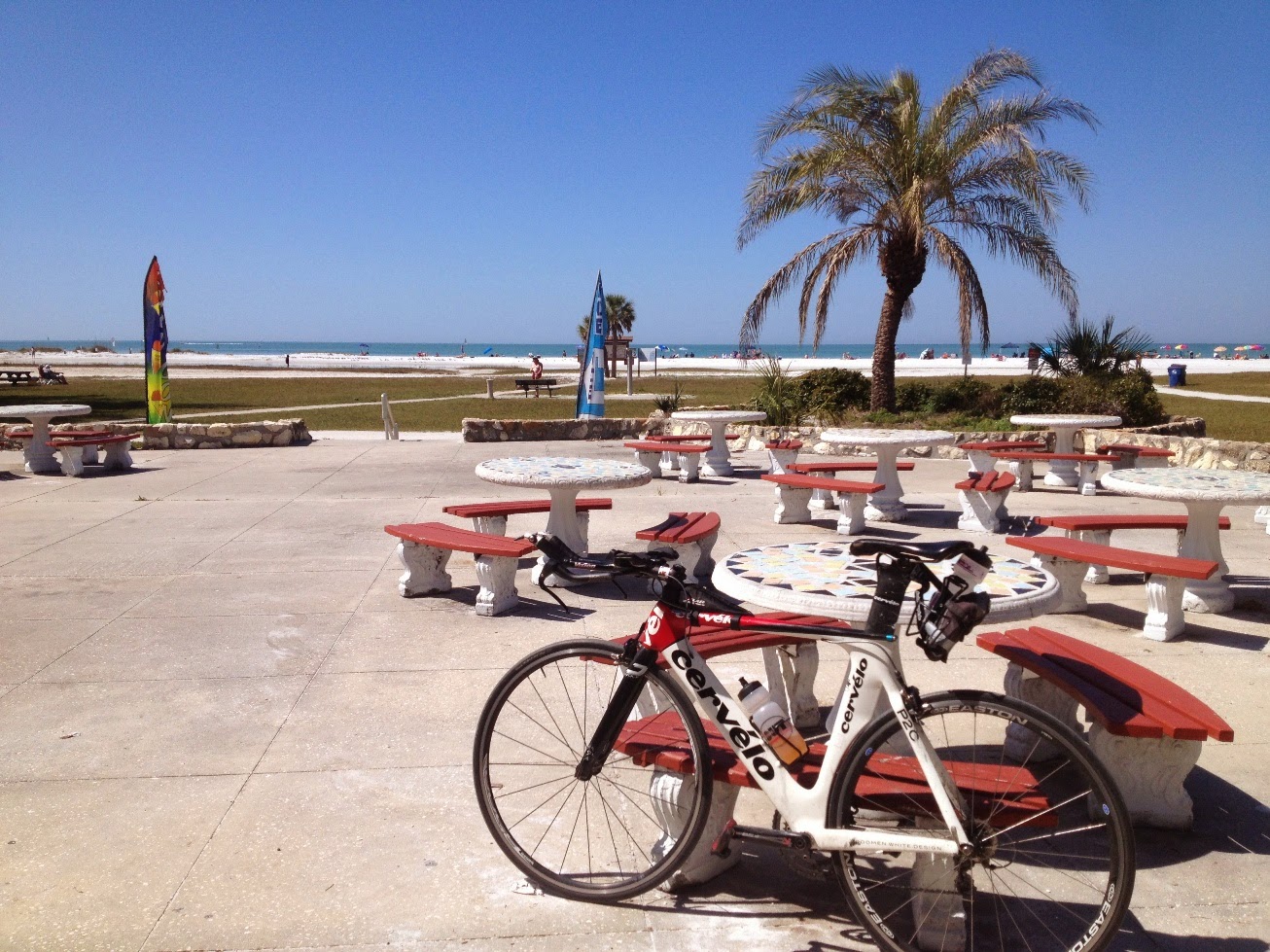 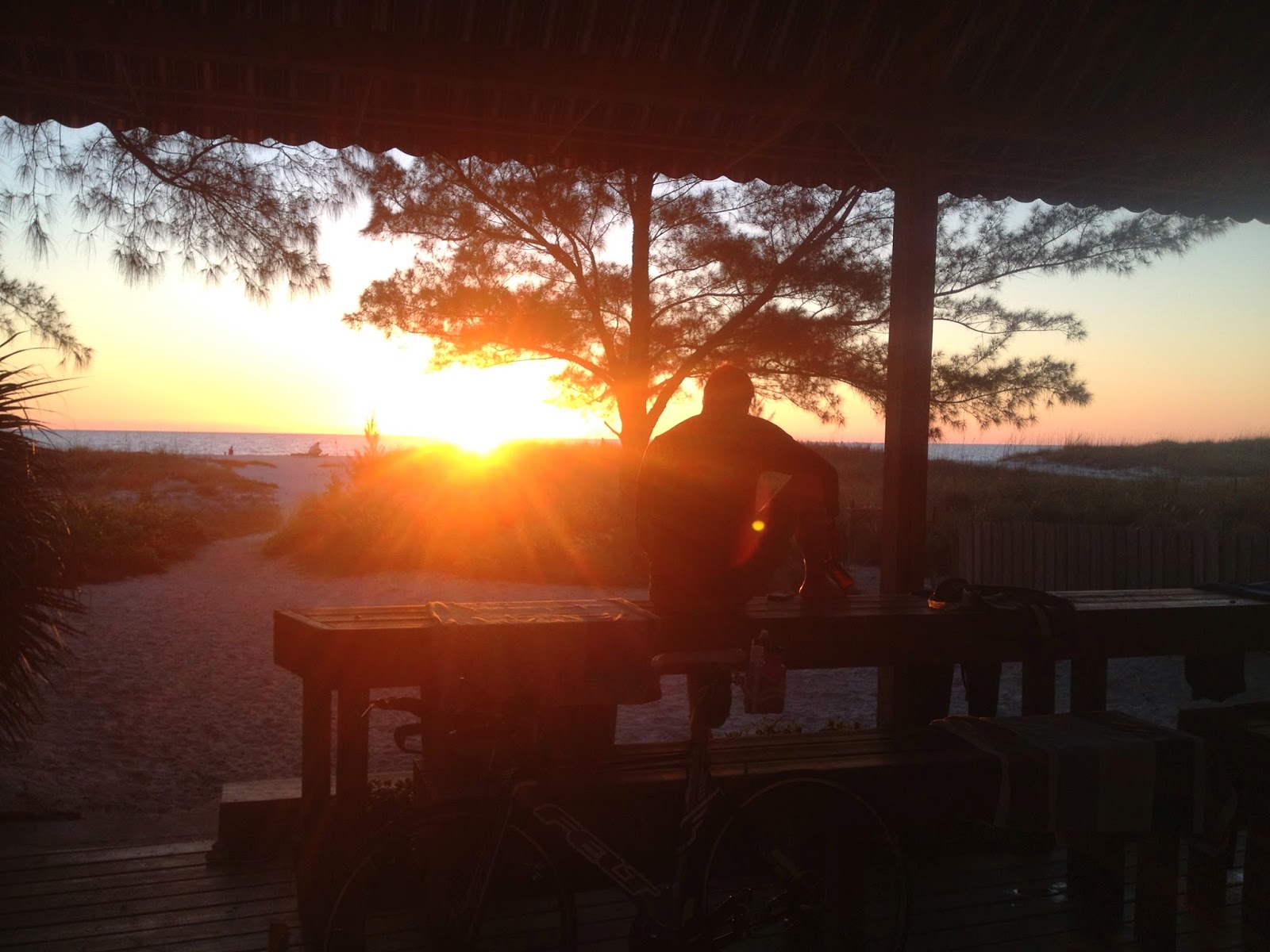 We capped the week off with the Armadillo 5k/10k run in Oldsmar, just a few miles north of Treasure Island.  Bri won the 5k in sub-20 and I ran well for a 41:26 in the 10k.  OSB campers also had some good times considering the amount of hours we put in during the week.

During the week we also managed to sneak in a couple visits to the local breweries: 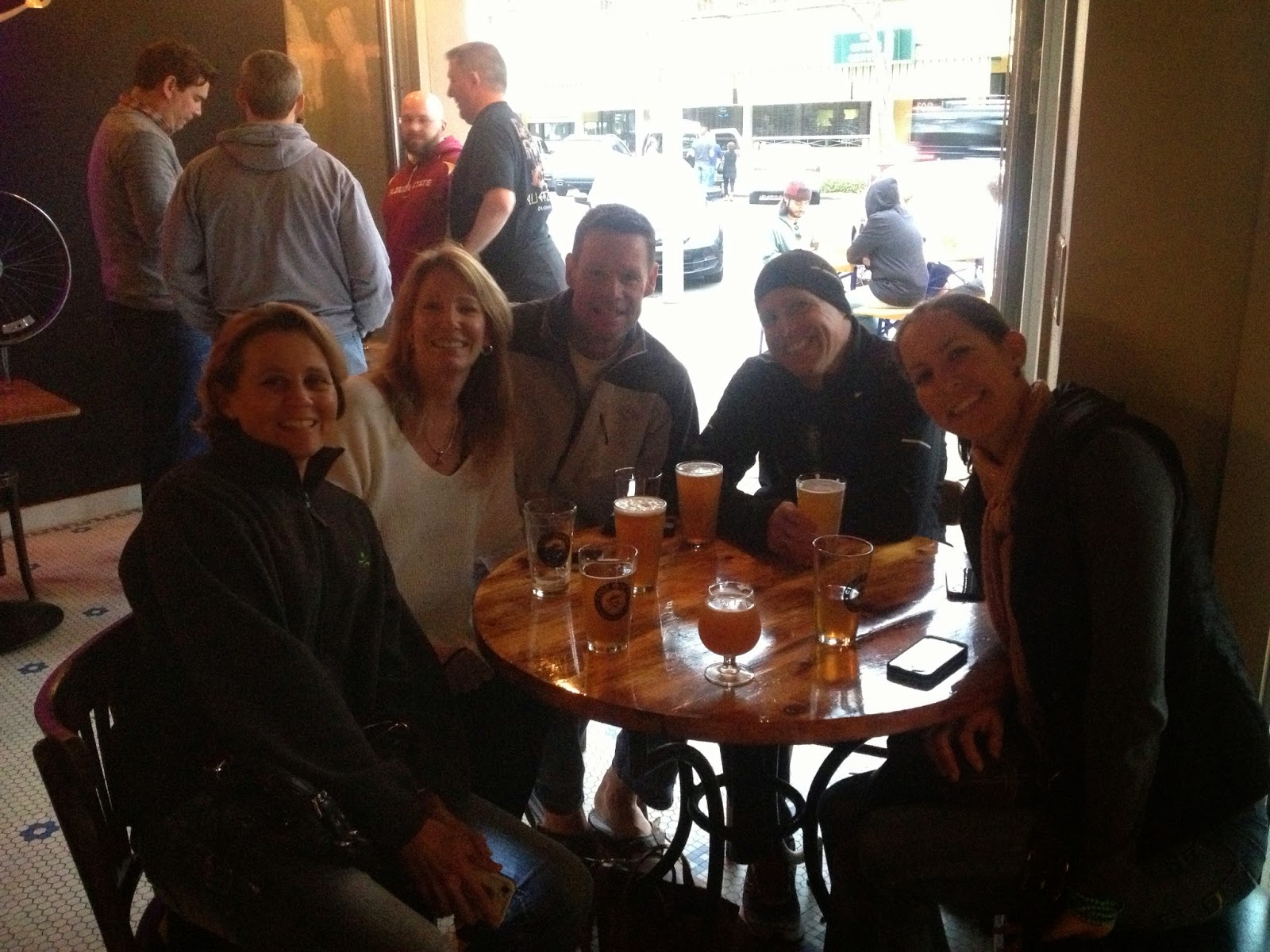 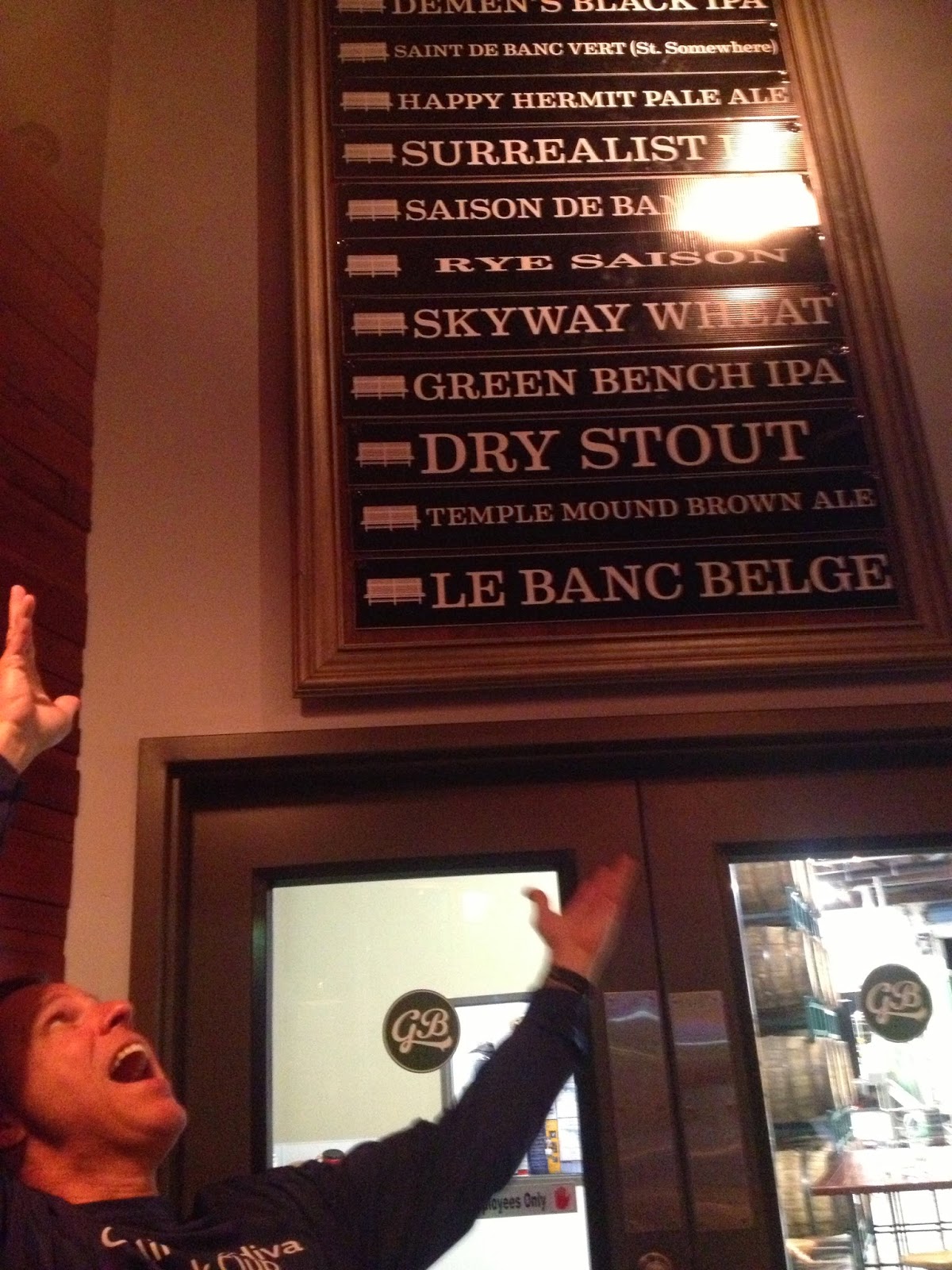 We also got to spend a little time with my sister and her family in Orlando, as well as Bri's sister and her family (including their 3 week old baby) in Jacksonville.  My Sis & Mom watched Junior Awesome during the week, which is much appreciated!  If we do the camp again Bri and I will be taking turns as the strain of travel and being away from home and all that is a bit much for all of us.

Of course, we capped out visit in Jacksonville with a stop at the Aardwolf Brewery. 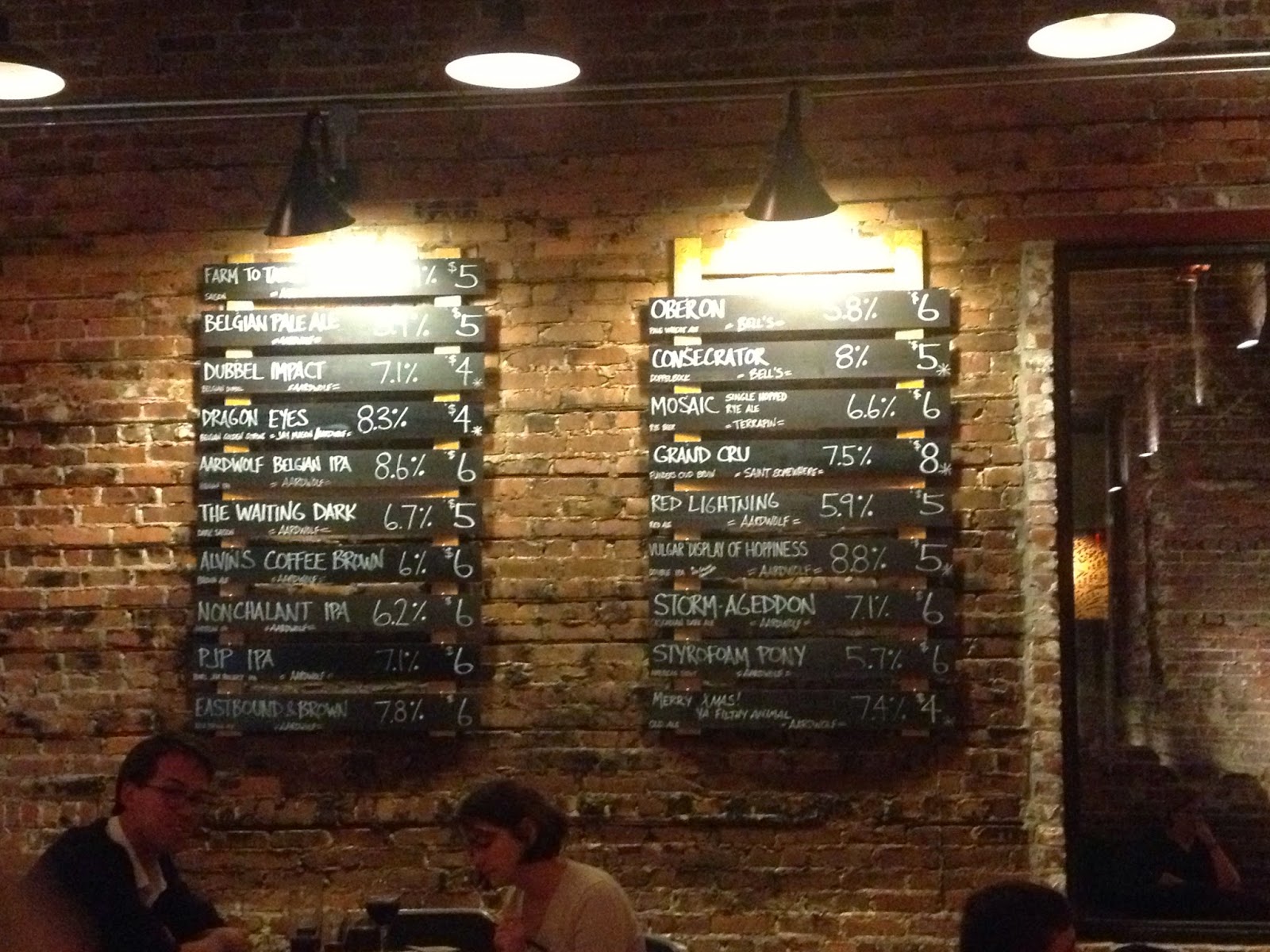 I took it very easy the following week, just moving the body around a bit in preparation for my next event: On Saturday, March 15 (last weekend) I was signed up to run the Instant Classic Trail Marathon in Pocahontas state park, outside Richmond.  This is a really nice park for running and mountain biking, if you're ever in the area and the mood. I have been training for this race with a fair amount of seriousness all winter.

Unfortunately things did not go in an ideal way, which is to say, things went really yucky, as far as racing is concerned.  On Wednesday evening Junior Awesome got ill and vomited all over himself and me.  Forward a couple of days to Friday night/Saturday morning.  I woke up several times during the night for urgent bathroom visits.  My alarm went off at 410am for the drive up.  I went to brush my teeth, and next thing you know I'm puking all over the sink.  I would have taken a picture but you can imagine. :)

At this point I would have called it a day and gone back to bed, but a buddy of mine Bobby was also planning to run; and in fact, I had talked him into doing the run with me.  I couldn't just bail at the absolute last minute.  So I sucked it up and drove over to get him.  On the drive up I was able to take in about 10oz of fluid and half a PBJ.  Better than nothing and I did not feel awful.  I didn't feel great, but that is often par for the course.  Bobby drove the last hour which allowed me to snooze a bit.  Meanwhile, Bri let me know that while she wished I felt better, she was feeling worse and to please get home as soon as possible.

We started the race at 8AM and clicked off the miles together.  I felt like it could be a decent day until around mile 5 when the body aches started getting worse.  It was a rapid downhill and I started feeling woozy/dizzy to boot.  By mile 9 I told Bobby I was going to have to drop out and to go on ahead.  At the 10 mile mark I asked the volunteers what the quickest way back to the start was. "Uh, about 7 miles, that way," the guy said.  I suppose the look of horror on my face inspired another to ask, "Want to see if we can get you a ride?"  Yes, please.   I went straight to my car and back to sleep for another hour.  Bobby went on to finish strong. 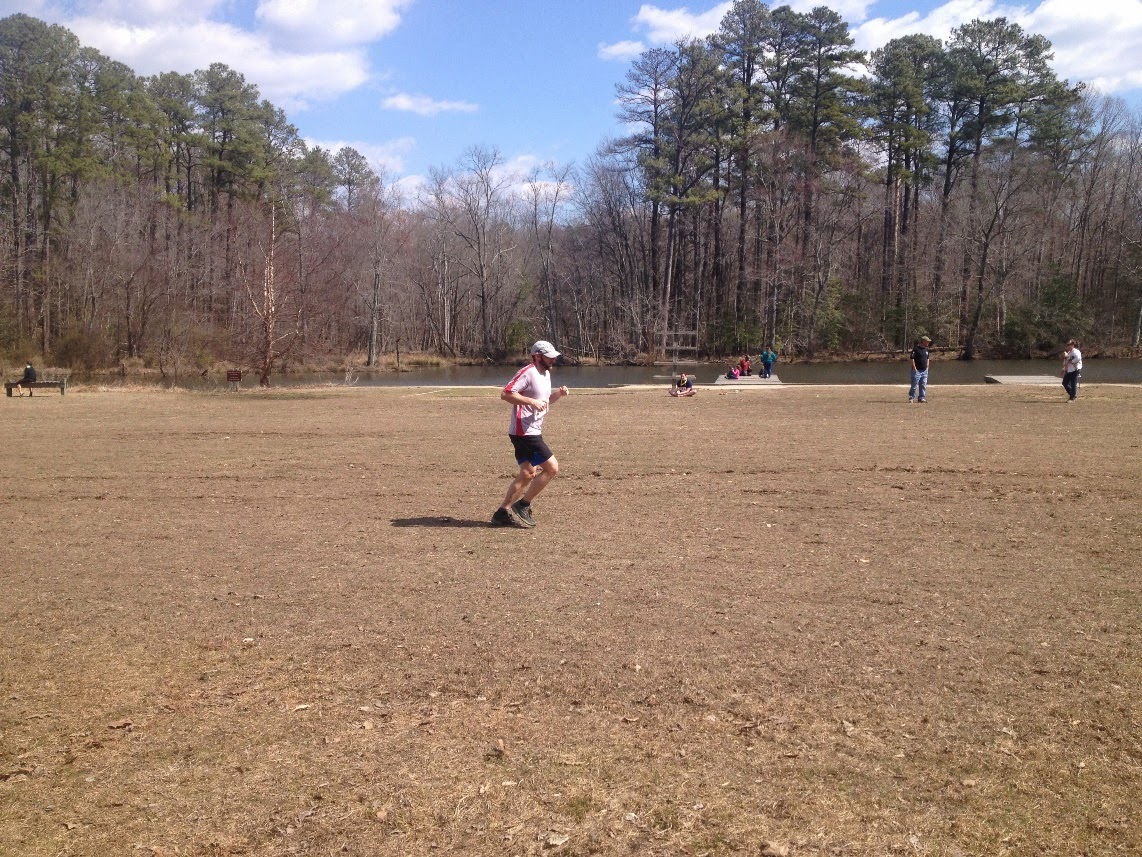 I've got no problem forging on when tired, sore, broken down, but being ill is another thing and vigorous or prolonged exercise while ill may put you at risk for myocarditis (heart muscle inflammation as a result of viral infection), which I can definitely do without.

I came home to find Bri feeling awful and in a lump on the couch, so tookover Dad duties and visited the park and then Bass Pro Shops, which Junior enjoyed immensely. 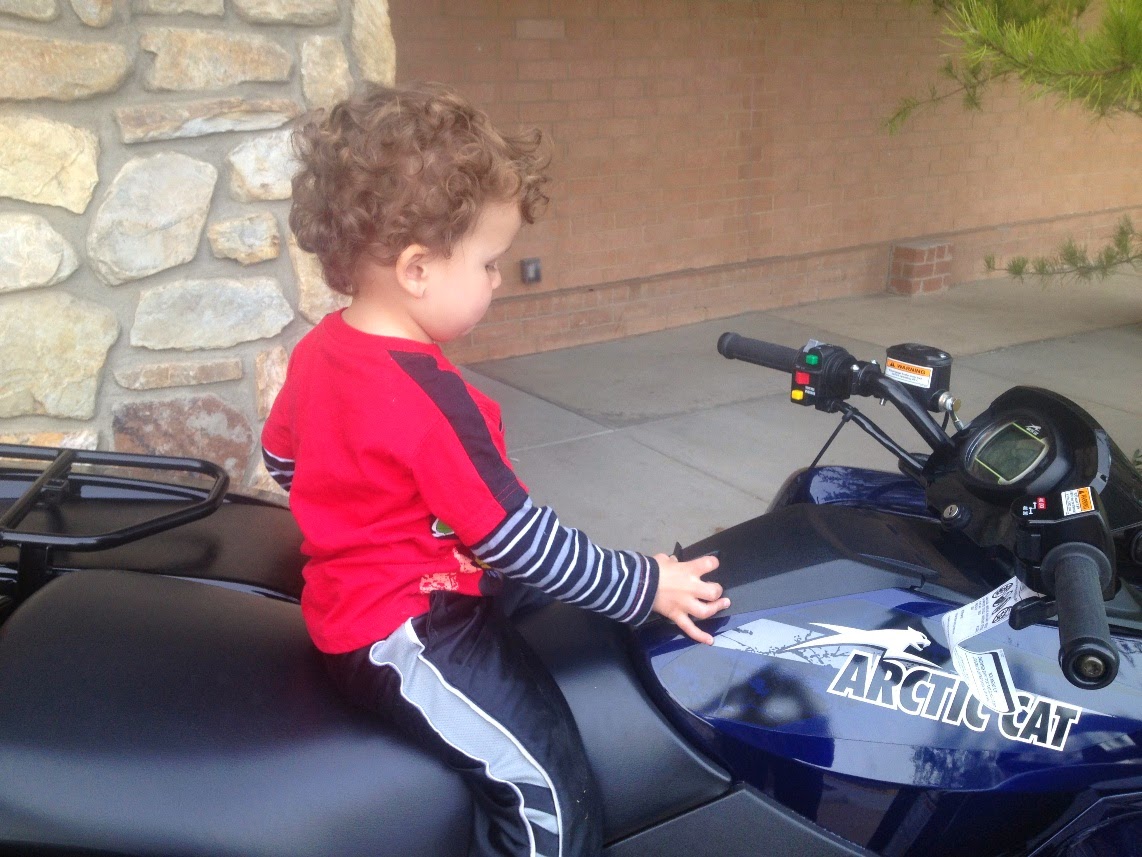 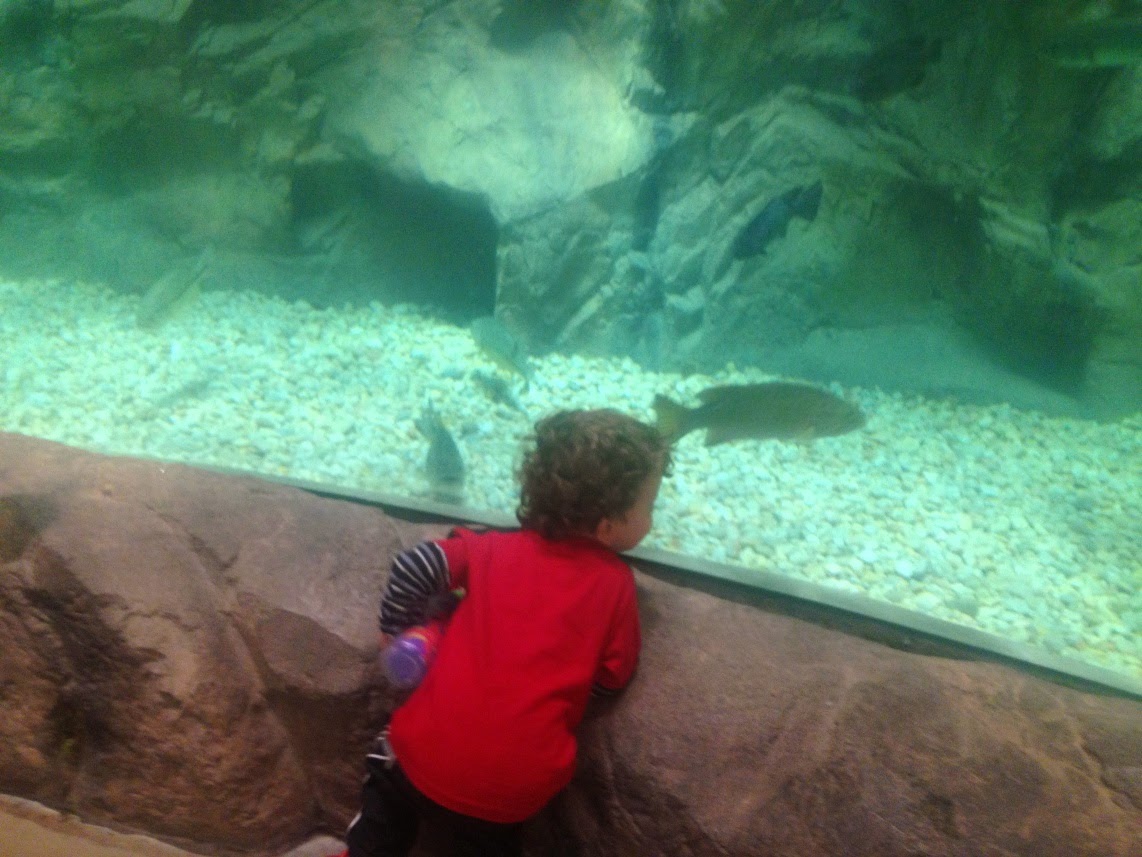 The weekend did go well for many of our athletes in various half and full marathons around the country, though, so it was not all bad!  We also had fun cheering on the competitors at the Tobacco Road Half and Full Marathons on Sunday morning. 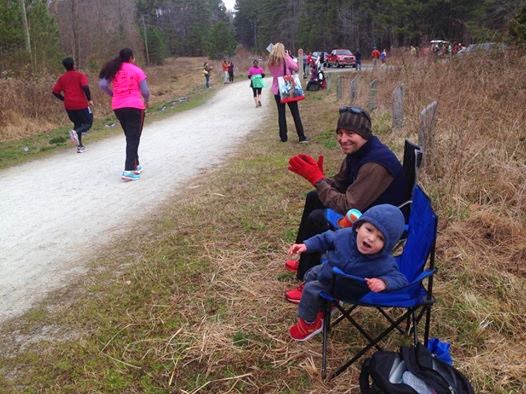 And we recovered well enough to finish Sundayfunday with a family trip to the Fortnight Brewery, which is a stone's throw away from our house. 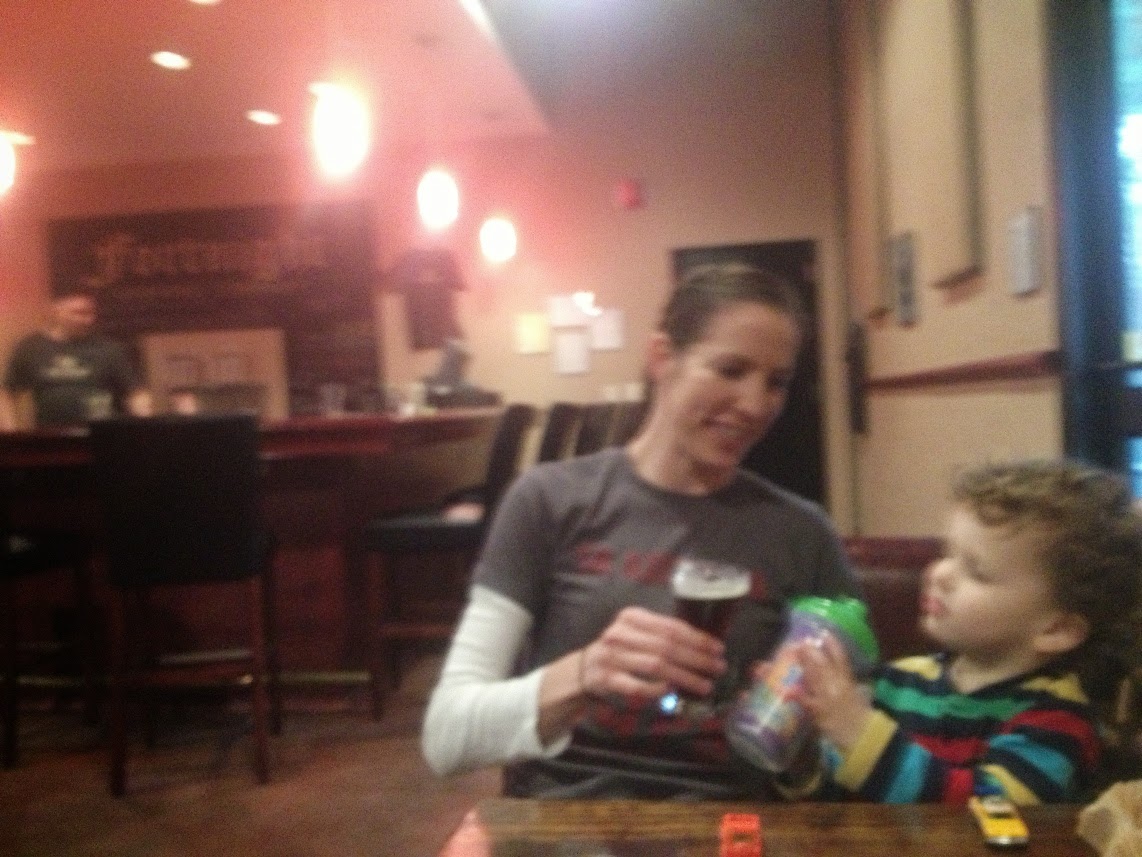 So, that is that for marathons this season. I gave some thought to finding a make up race but there is too much juggling involved these days.  Onward and upward into the triathlon season! which kicks off for me on March 29 with the Sampson County SuperSprint.  I am mildly disappointed but you can't control everything, and kids make that * N to the power of Nth.  Life is good.