When you are bouncing, feeding, and singing to a baby, you are not able to do much else.  So here is a list of movies that I have watched or mostly watched in the past few weeks while hanging with Logan.  There are plenty more as well as a bunch of History Channel and Discovery Channel shows that don't qualify.

The list is noteworthy because in the course of a normal week I might watch 6-8 hours of television total including Jon Stewart, Stephen Colbert, and 30 Rock.  I catch up with Showtime / HBO shows when possible.  I am pulling the evening shift with baby from about 730 to 1130 (sometimes earlier, sometimes later).
In case you forgot, this blog is all about me me me.

Here is a new picture of me laddie and me lady. 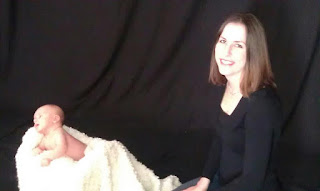 My triathlon list for the year as we have finalized my schedule a bit:
That is it.
Posted by martygaal at 7:03 PM