I totally did two more races this season but haven't told you all about them.  Battle at Buckhorn, followed by the FS Odd distance triathlon (~1k, 36m, 10.6k).  My fitness has been slowly going from high at Lake Logan to low(er) but I never hit zero and enjoy getting out there.  I got a few 12+ hour weeks in for Lake Logan but have dropped back to 6-10 depending on the week.

Battle at Buckhorn is a great venue and I really do like the course.  You need to be in shape for the bike as it is 17 miles and rolling hills.  I was in decent shape but the week prior was very exhausting for a variety of reasons and I felt wiped out the night before.  During/after the race I also discovered and confirmed my seat post had slipped a bit.  This happens every season with my Cervelo bike and I'll be damned if I can figure out how to stop it.  I have marked the level but it's not the sort of thing I check every time I ride, although now I do most of the time, so I guess I do check it every time I ride, really.  F**#.

Anyway, I raced, I was a little tired, but had a decent run split and was happy with that, and finished 13th and more importantly, ahead of my wife Bri Bri the almighty, who won her first belt buckle.  Super happy for her.

Onto the next one which was the FS Odd distance.  I new the run would not be great for me as the past few weeks the long run has only gotten into the 5-6 mile range and it is tough to run a hard 10k+ on those sorts of miles.  Whatever.  It was fun.  I felt great on the swim, much better than expected on the bike, and felt decent till mile 3; OK till mile 4; and then pretty poo-poo-ey for the last couple miles of the run.  Finished 3rd and was happy with that.  My overall pace on the run was 7:30 but my last half mile was like 9:00 pace, the wheels were coming off.

All in all, I try to stay happy about racing, because life is too short to be sad about recreational activities. As in, imagine all the other horrible stuff you might have to be doing rather than playing around on your bike, in the lake, etc.

Bri went on to win the Wilmington YMCA triathlon over this past weekend, and that was fun to watch. 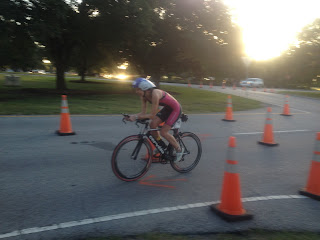 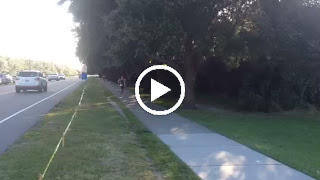 Next up for me is Swim the Loop, a 3.5 mile against the tide open water race in Wrightsville Beach. This is a great open water swim if you're into that sort of thing.  I finished 5th the last 2 years and would like to improve on that, but we'll see.  Have gotten in a couple 5k swims in training so far.

And finally, Junior Awesome rocked out another 50 yard dash!  Pictures: 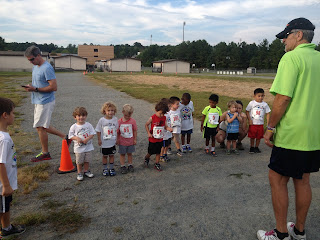 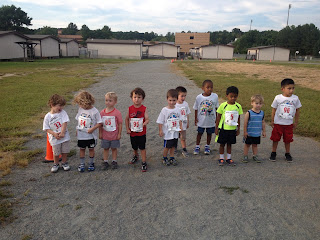 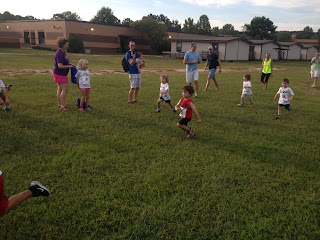 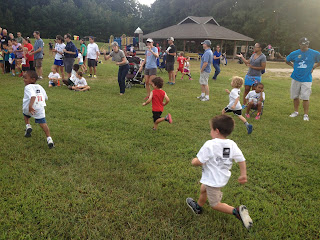