Christmas is coming - so let's talk about me

Yes, yes, yes, I am sure you're all wondering what has been going on in our very important lives. Many, many, super duper things have been done.

1) I finished Wool and Shift from the Silo series, and read the Thrawn Trilogy which was the first series of books in the Star Wars expanded universe.  If you didn't know, there is a new Star Wars movie coming out. I do not have first night movie tickets or an outfit.  Holler.

2) Junior Awesome picked up on Star Wars somewhere so now instead of telling stories about Gru and the Minions on their adventures, we've been making up Star Wars stories.  Except I like Gru and the Minions better, because those don't always end with multiple stormtroopers getting killed dead by a blaster.  Paw Patrol adventures are not too bloody either. There is some definite editing going on with our ongoing Star Wars narrative.  I also don't want to ruin the experience when he's allowed to watch in a few years. 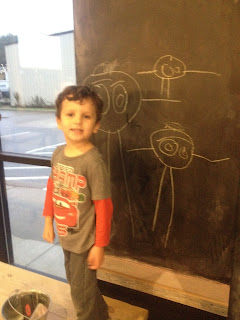 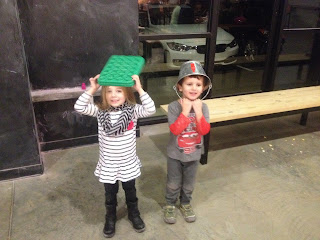 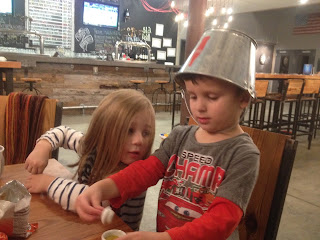 3) Bri hasn't packed up and run for zee hills despite number 1), which is good.

4) We have posted our 2016 clinic dates and updated osbmultisport.com to be mobile friendly, which apparently is a thing.  Like the cloud and sh*t.  Only better.

5) I am dealing with a soleus calf strain that is keeping me at a very easy jog pace on runs at the moment. Not fun but not awful.  Swimming and biking are fine. Still heading out for the Run at the Rock 7 miler tomorrow morning.  Super, duper easy. Haw River Brewery after with buds.

5.1) Other races
5.1.a) Pittsboro 5k on December 12, UGTB .
5.1.b) UGTB Grinding 10 miler January 30
5.1.c) early January TBD - maybe Little River trail run 10 miler
5.1.d) Umstead Marathon March 5. I received an offer for half priced entry since they cancelled it last year and thought that sounded better than driving somewhere for a half-marathon.  I am getting sort of lazy about travel for races.  When you're 22 it is exciting.  When you're 44 it's a pain in the ass.

6) I turned 44.  Duh. Reading comprehension. Some people celebrated with us. 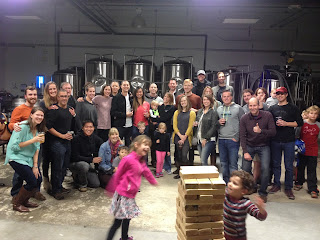 7) We had a nice T-day with some friends in town, none of us had family in (and weren't going out!).  Bri won the local Turkey Trot 5k that morning.  I super slow jogged with Junior.  After he did the 200 yard dash!  Despite stumbling and getting some boo-boos, he finished strong. 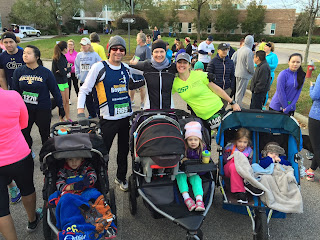 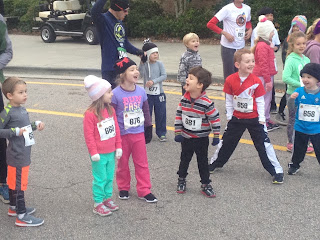 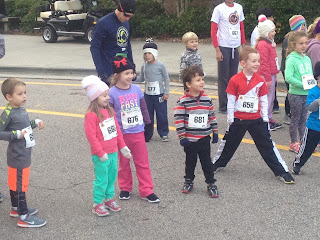 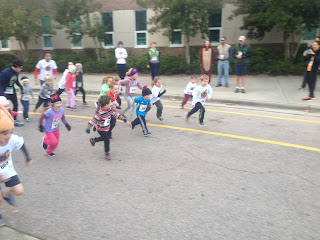 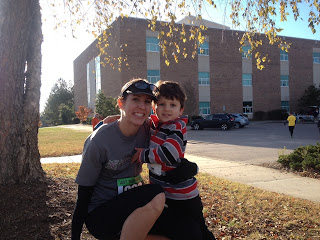 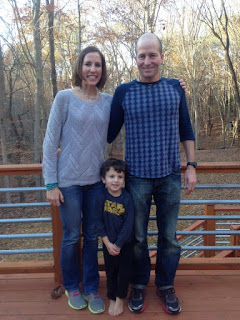 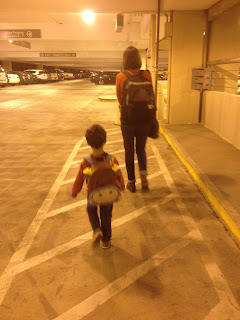 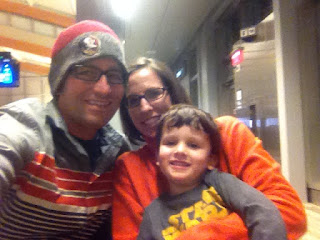 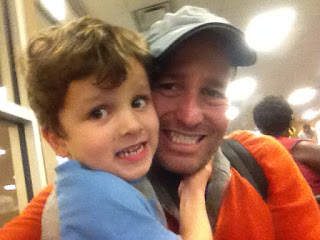 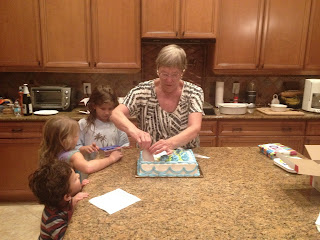 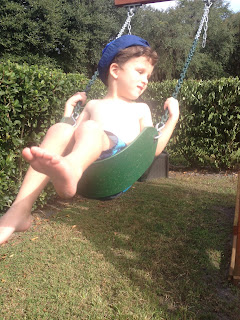 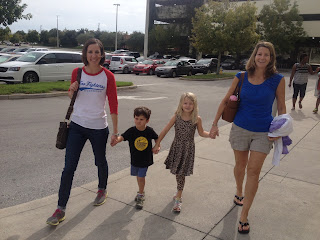 8) Junior Awesome is becoming a pretty good bike rider.  We went from the balance bike directly to an islabike on the recommendation of a friend.  He is not quite 4 and you can watch a bit of riding here.

9) We wish you happy holidays and all that stuff.  No Christmas cards from us but we'll send something online.