We made a week-before decision to head down to Oak Island for the Bridge to Pier Triathlon on June 10. This was.is.shall.be my longest triathlon for 2017.  600m swim - 16 mile bike - 3.8mile run. We'd never been to Oak Island before, just down south from Wilmington, and I liked the idea of getting in a beach triathlon. The Goddess Bri and I used to do many beach sprint triathlons in Florida and swimming through some surf is always a fun way to start.

Anyway, we spent the night in downtown Wilmington in a cute condo a former athlete has on VRBO. Excellent location, we walked to dinner and then did some exploring. Caught a ride with a bike trolley thing, Junior definitely got a kick out of that. 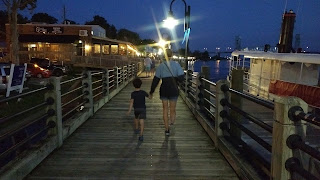 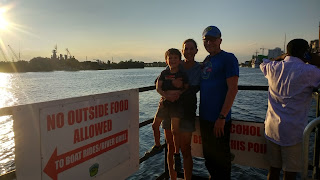 Boat-restaurant-place on the Cape Fear 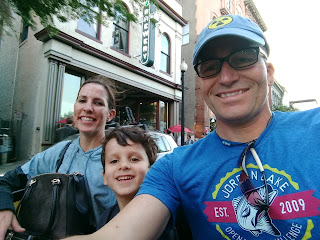 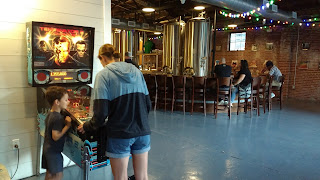 A new brewpub in downtown

Up and at em the next morning and got there with a few minutes to spare. I didn't spare enough time to warm up on the swim, so did a bunch of arm swings and splashed around a puddle to get ready. 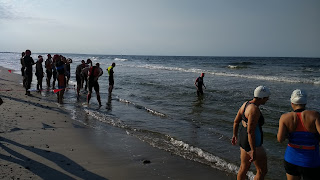 literally: splashing in a puddle

Off we go!  I had a good swim and took the lead about midway.  Caught a wave on the way in, always fun. 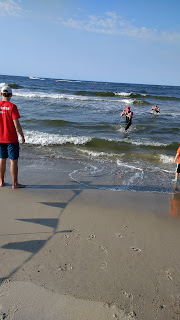 Held the bike lead until around mile 14, then trailed the leader back to the finish. I have the gas to go hard for 6-8 miles these days, but then really need to back off the effort if I want to risk mitigate totally blowing on the run. 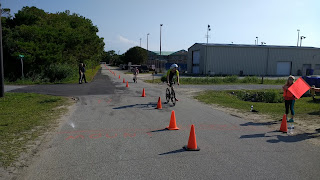 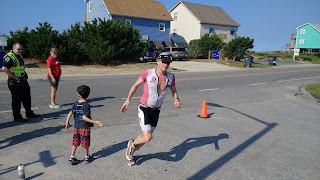 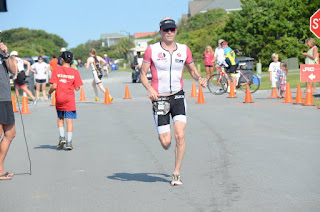 The run went well but was warm/hot and fairly humid. We ran down a beach road, out to the Oak Island pier, past a few early morning fishermen, and back. I held it together with around 7 minute miles and finished second overall. 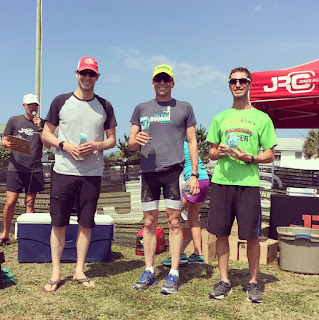 It is a great place to have a triathlon. Unfortunately this was also the last year as the race just doesn't get the sort of turnout that the race organizers need to make it feasible.

We went on to have a nice morning hanging around the beach. 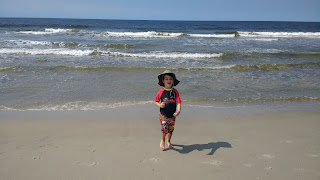 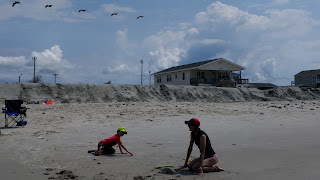 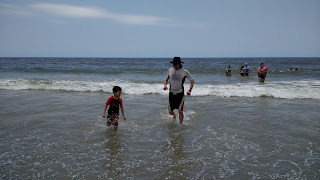 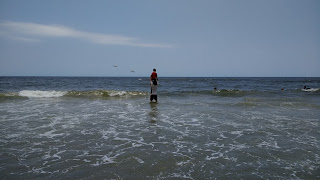 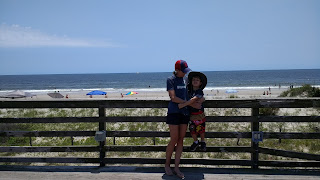 I'd like to rant about supporting your local events a bit.  Mega-corporate race organizers don't care about the local racing community, whatseoever. They just want you to eat the marketing and throw down your dollars. They will push into new markets, then pull out the moment an existing race doesn't meet their ROI or IRR metrics. Read this, or this, or this, or this, for example.  If you're a triathlete, you should make a point of doing at least a handful of your local events.  Don't just do 70.3 this and Ironman that. If you ignore your local races, they will eventually be forced to go away. What will you do when you grow tired of the megacorp race showmanship?  Rant over.

A week later, Bri and I would both race in the 3 Little Pigs triathlon. I think it was my fifth run at the event. It is nearby, puts on a good post-race fiesta, and has cool awards.

Bri went on to win the overall event with a dominating performance. I also did pretty well, biking at a higher effort than the previous week, but ran a little slower. I felt tired coming off the bike and the high humidity made it difficult to breathe.  It's funny to say but a sprint triathlon bike is tough, especially if you're not riding a whole bunch. Last year I could ride 50-70 miles the day before and feel fine.  This year, taking it easier, is a different story.  But cruising through this season will allow me to get angry and train like a monster again in 2018. :)

Anyway I held onto roughly 7 minute mile pace again and finished in 11th overall, 1st in my AG.

I would tell you I was 12 seconds ahead of Bri, but that would be petty. 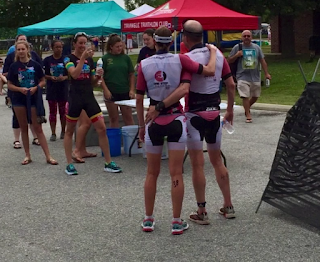 Here are screenshots of my three recent triathlon bike leg power files. I start out on the hard side, then reality creeps in and slow down since I don't want to die. You might notice the VI (variability index) on all these is 1.02-1.03, meaning I attempt to ride at an even power output. This is a helpful skill for long distance racing. Theoretically.

My FTP last season got up to 270-275, but this year it's about 250.  So 3 Pigs was on the harder side of effort. My equipment is good but not the best, so speed is relative to aerodynamics and weight.  I could be faster if I was in a more aero position, carried less 'adipose tissue,' or had integrated brake pads. Bah humbug.

We also have been having some fun in regular life as well, as you might imagine. 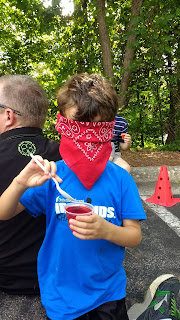 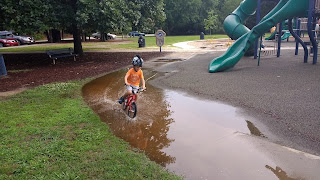 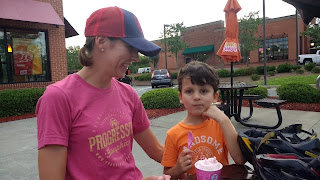 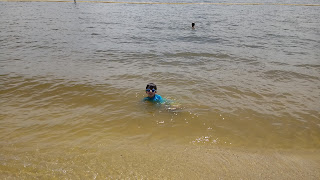 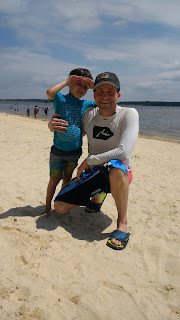 Me and El Chico

I am typed out. Next up is Boone summer camp, this week! Followed by beach week in Avon by the Sea, NJ! Holla!

Posted by martygaal at 3:45 PM

Good update. I had some good chuckles out of it.

P.s. getting my ass handed to me in the phone golf game I play.

Liked your race report! Bummed that they will not be doing the Bridge to Pier again for 2018. A group of us were planning on heading down there since our friend has a place on Oak Island now. Love local races!