Bri and I headed to the mountains in the Asheville area last weekend to enjoy some clean mountain air and get in a couple of events at the Lake Logan Multisport Festival.  This part of our state is absolutely gorgeous and if time and circumstance allowed, we would spend significantly more time there. 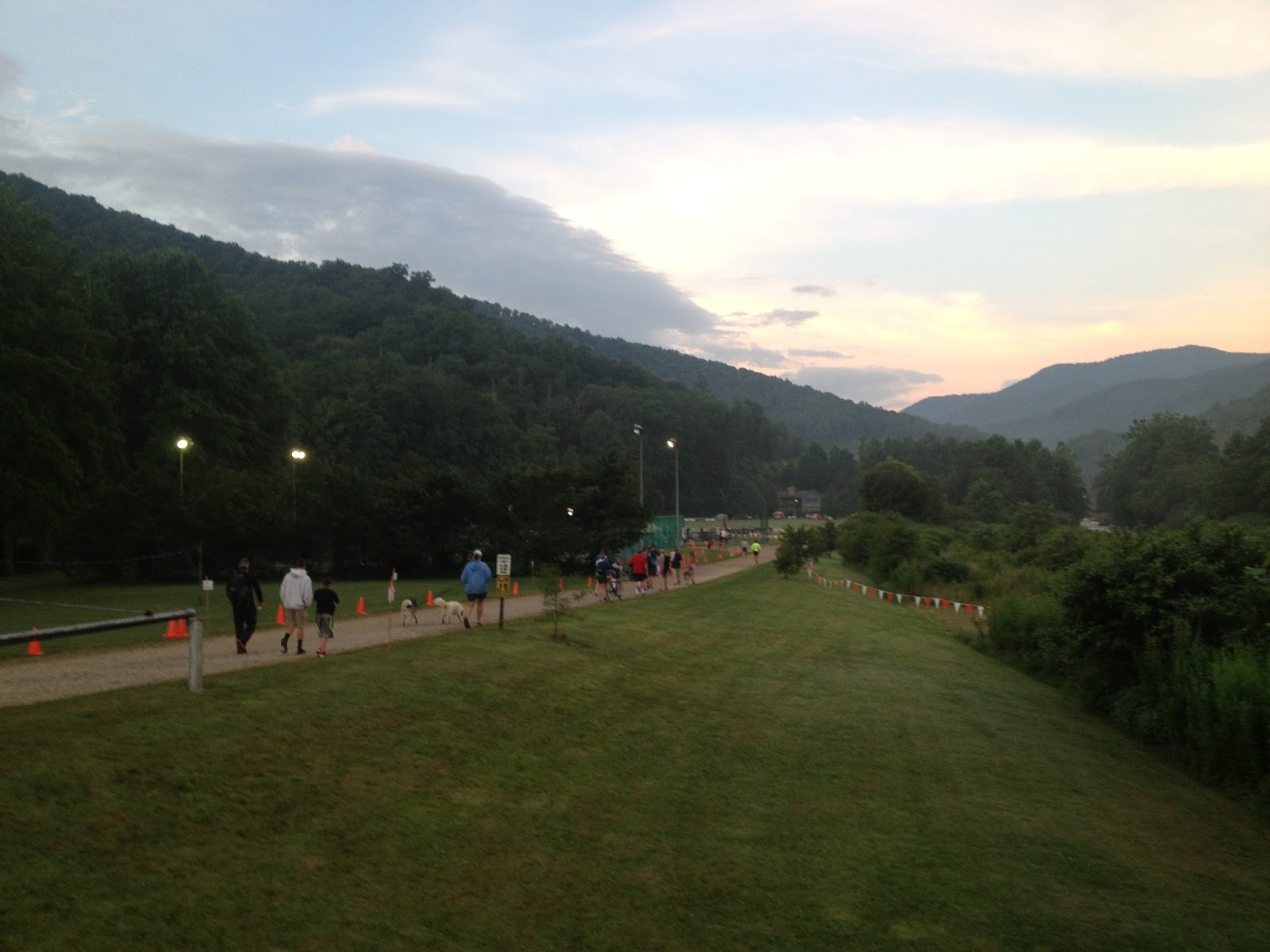 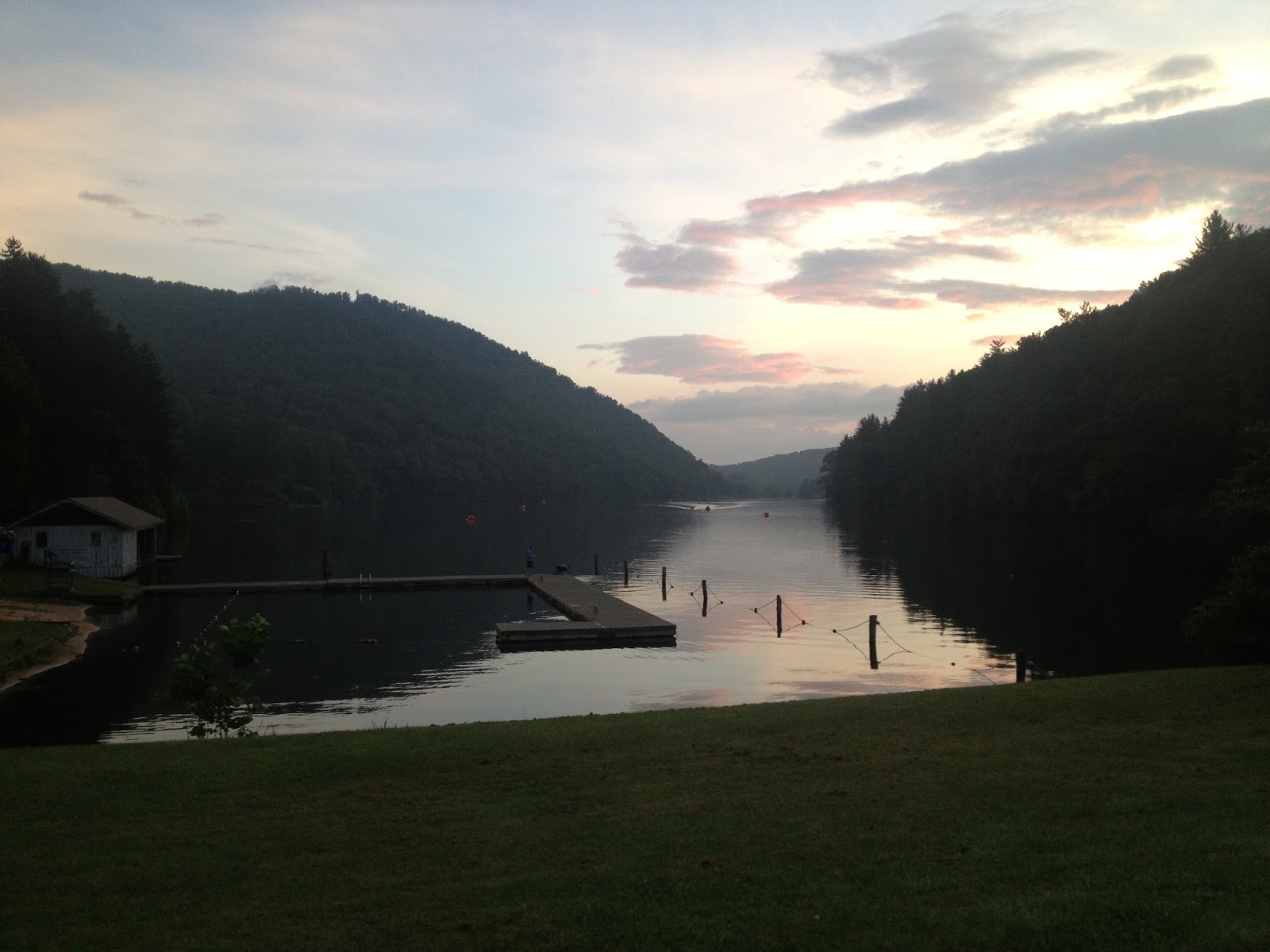 We brought Junior with us (we left Tassie with her boyfriend Mocha) and met up with OSBer Frank R and sis-and-bro-in-law Shana and Scott at the Wicked Weed Brewery. The beer was really good and I have had lots of them so you must just take my word for it. 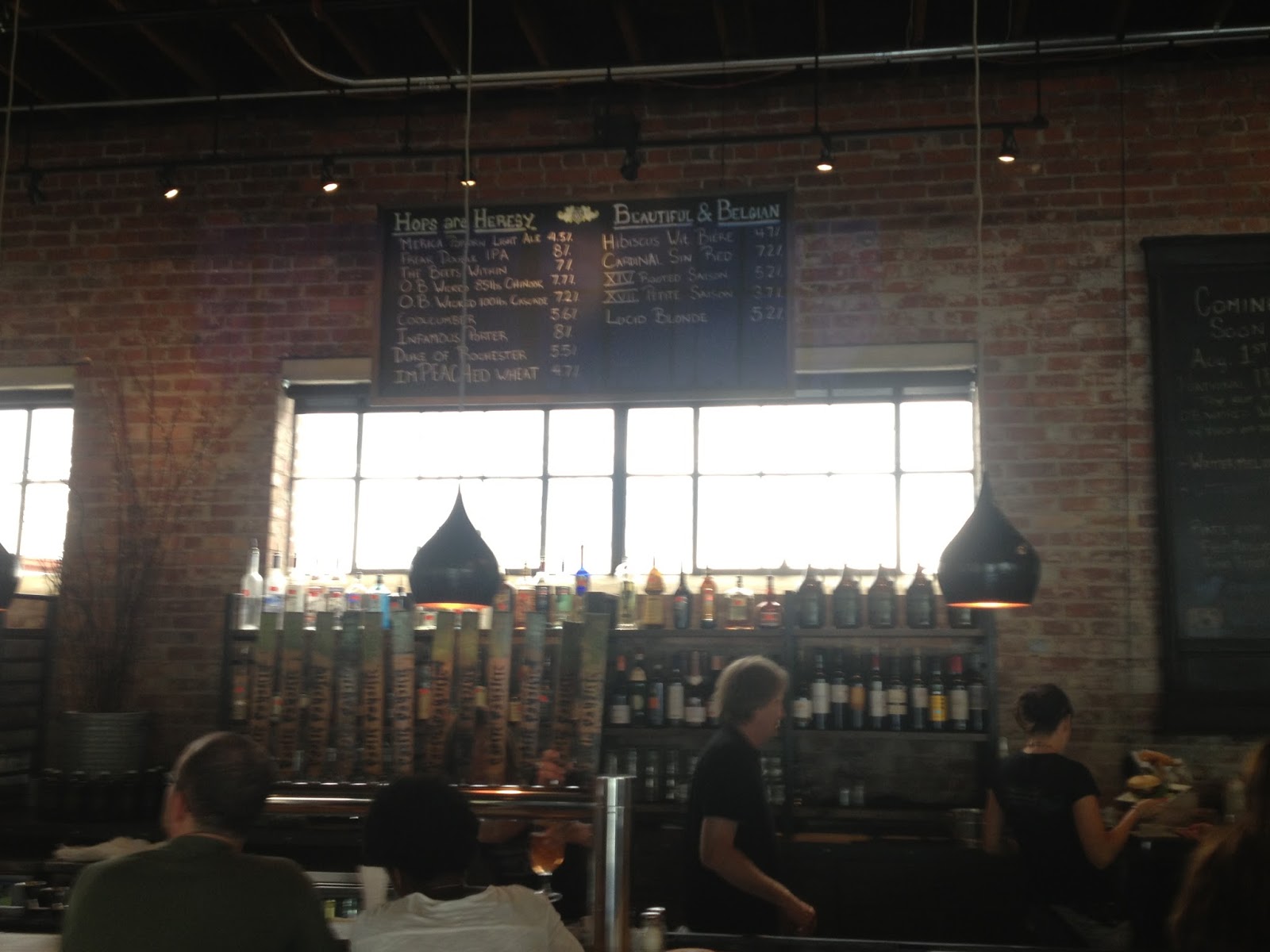 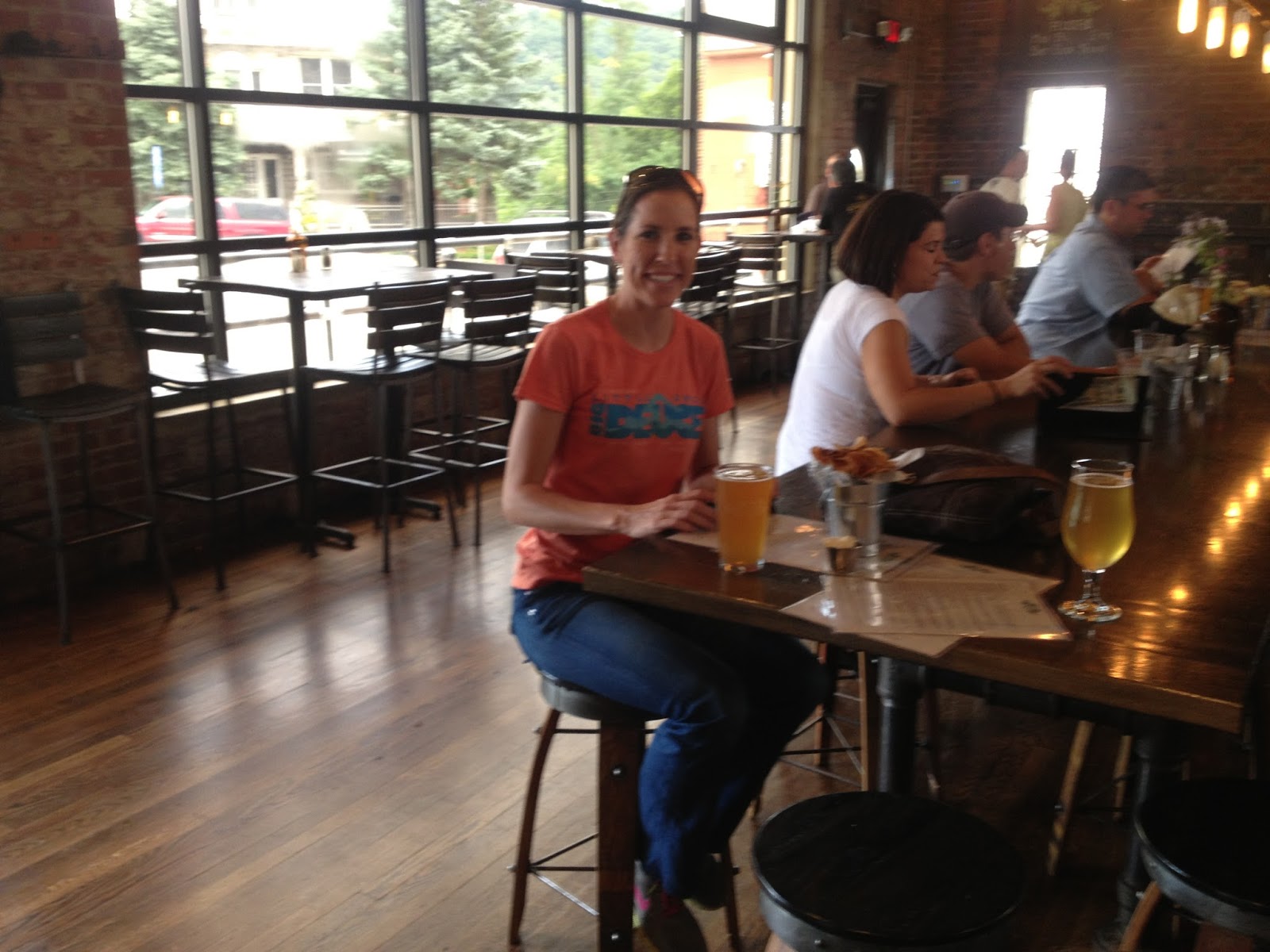 Afterwards we headed to Bri's father's Maggie Valley cabin.  Bri and I have spent 3 or 4 anniversaries here as well as random other weekends for relaxing and fun.   It is situated on a stream and has a nice porch on which to just relax and forget about your problems for a while. 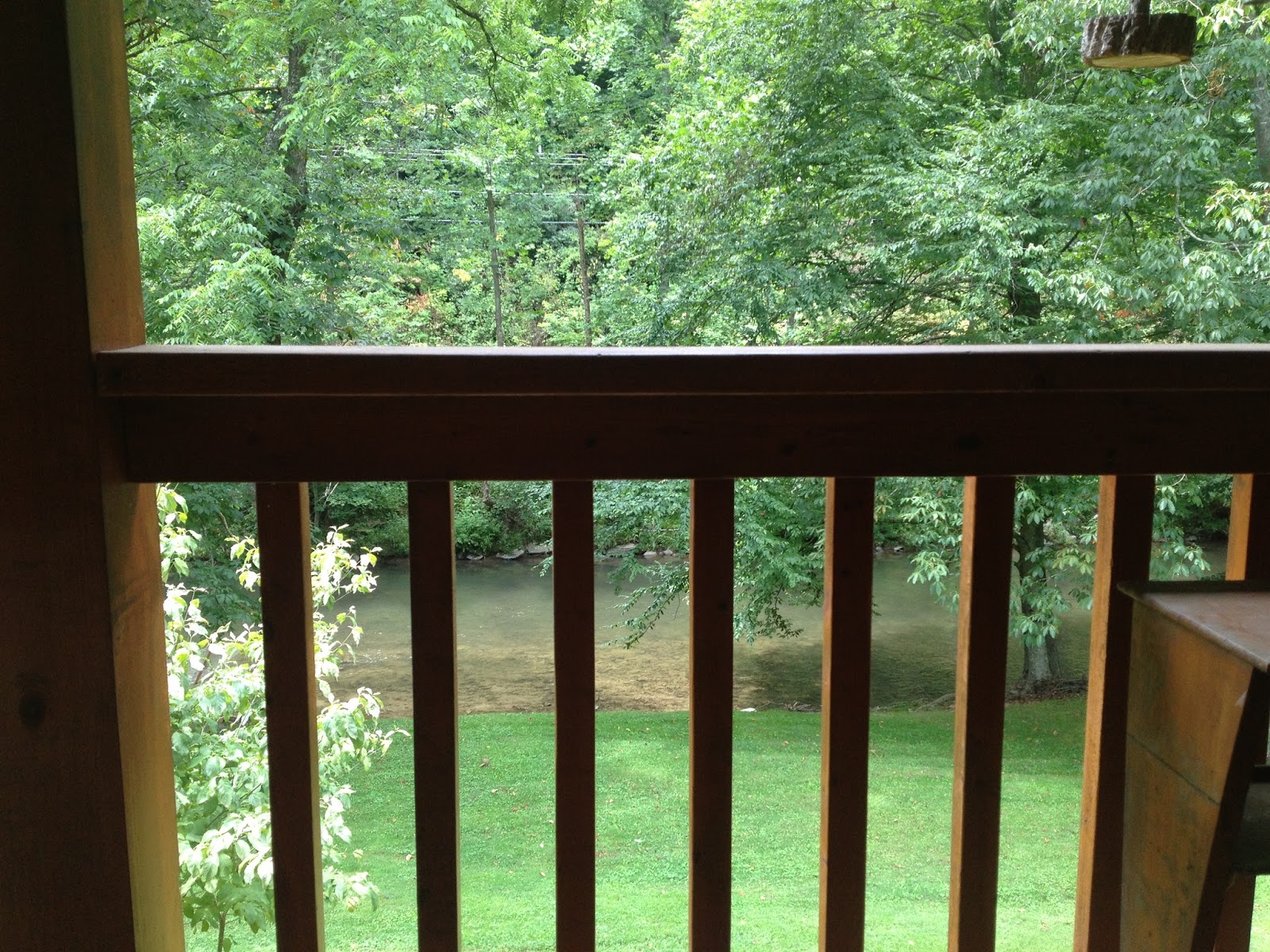 Bri won the international race on Saturday while I played cars chase crash go go go with Junior at the cabin.  We opted to take turns going to the races rather than get little man up at 4am.  Bri had a great race and you can read about it here.

While she raced Junior and I took a few selfies around the cabin. 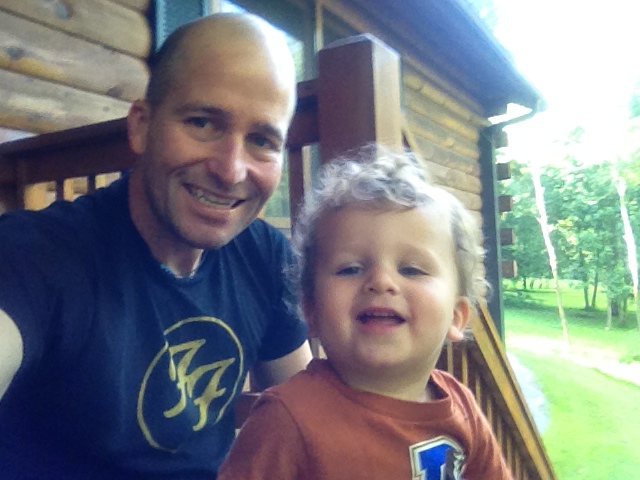 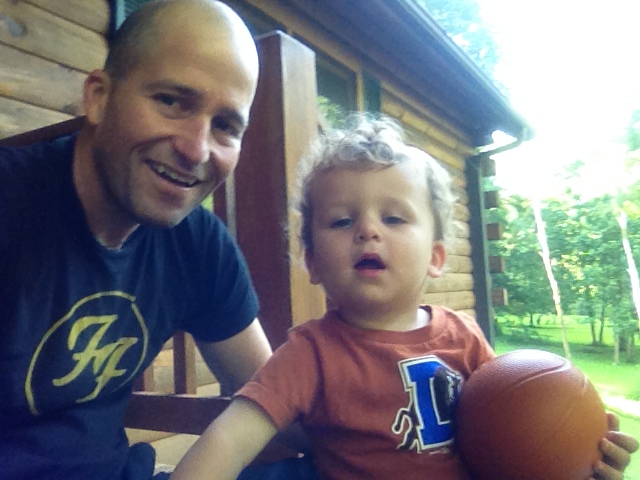 We also watched all of Elmo goes to Grouchland (in pieces), which is awesome. 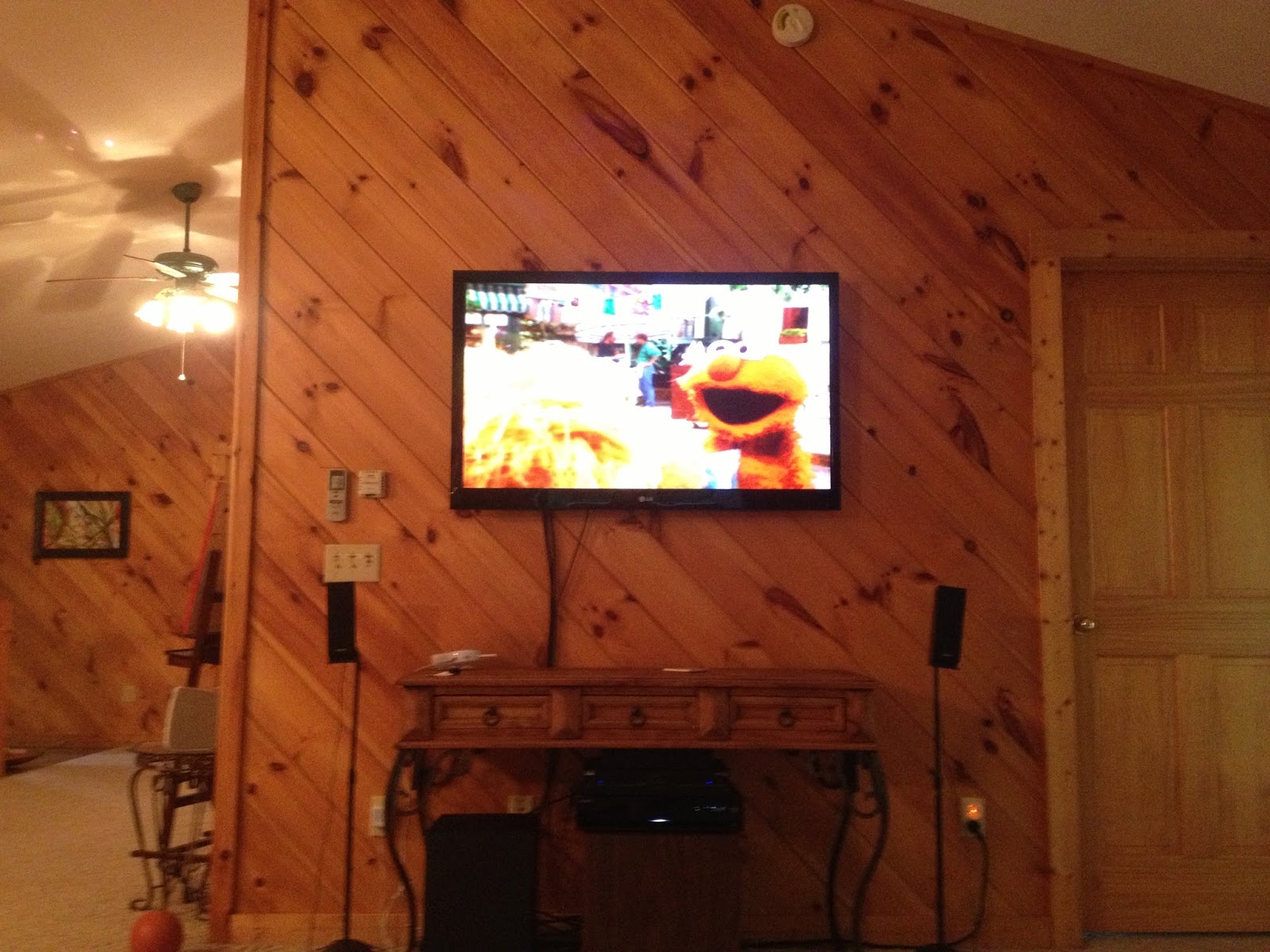 She had driven over with Frank and on their return they took over entertainment of the little guy while I got in a short bike ride in the Maggie Valley area. 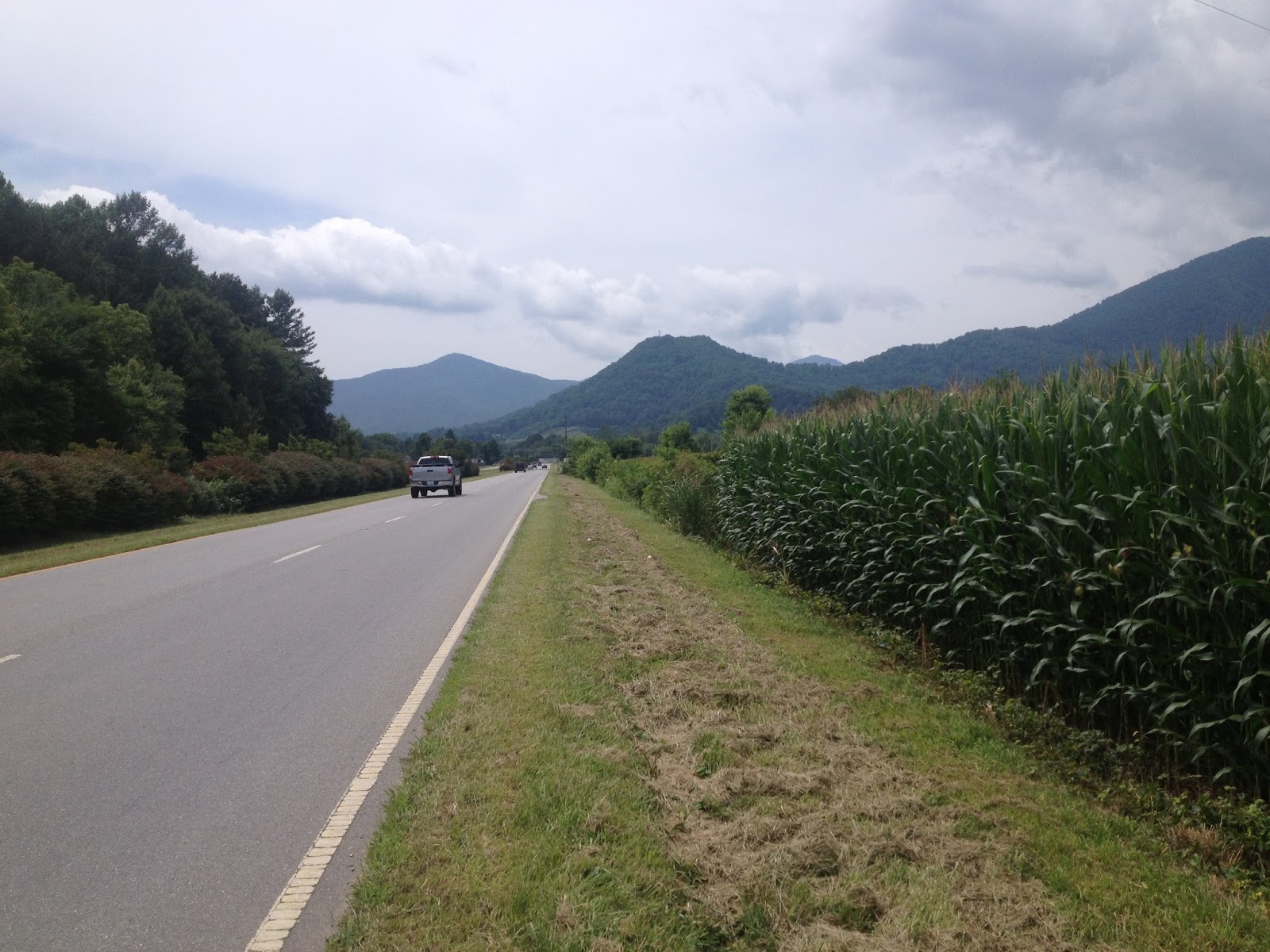 Frank is a genius with toddlers so if you ever need someone to entertain your kids for a few hours, or a mortgage refinance, give him a call.

On returning from the ride we played around and took a few fun-time pictures. 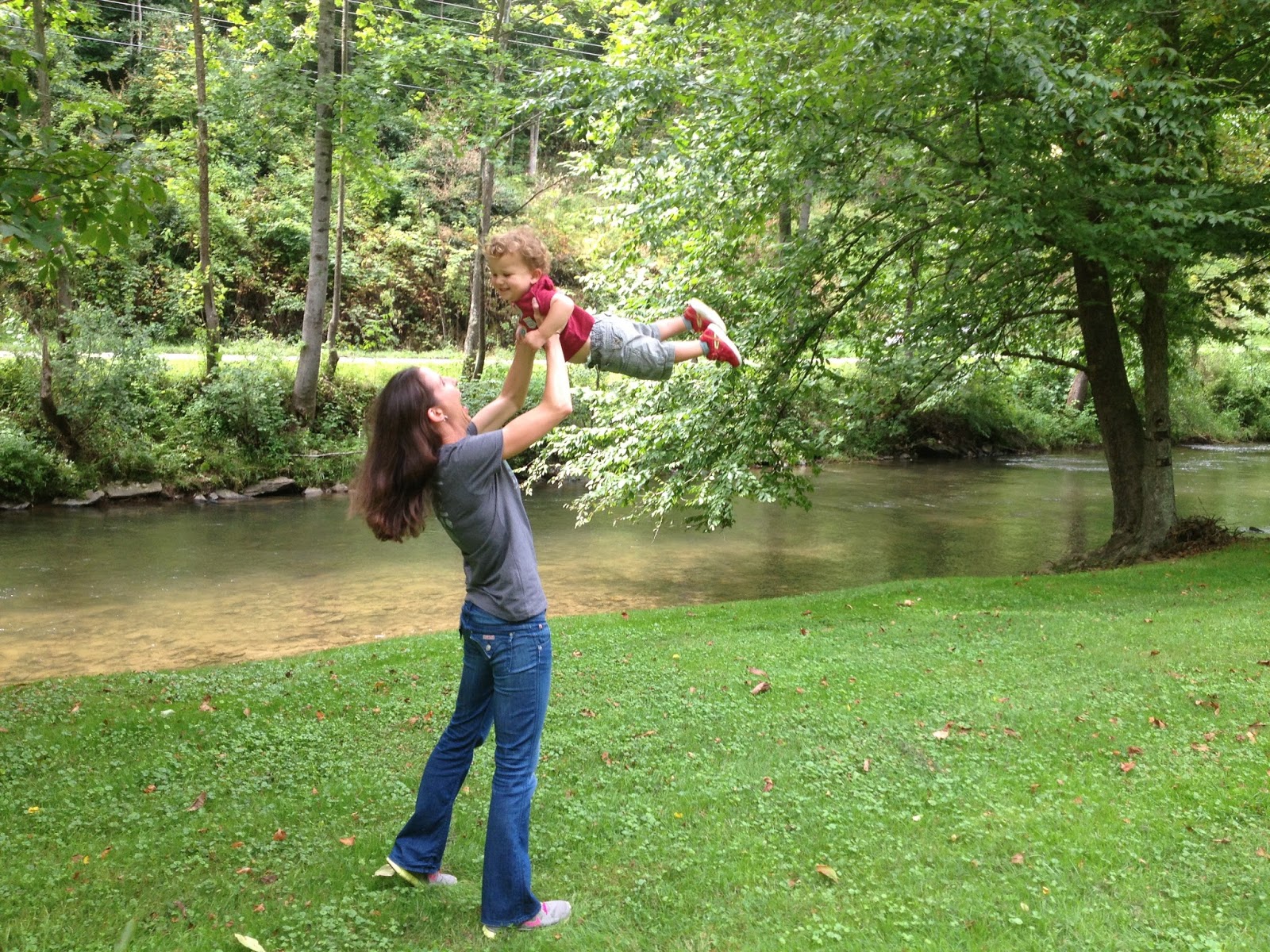 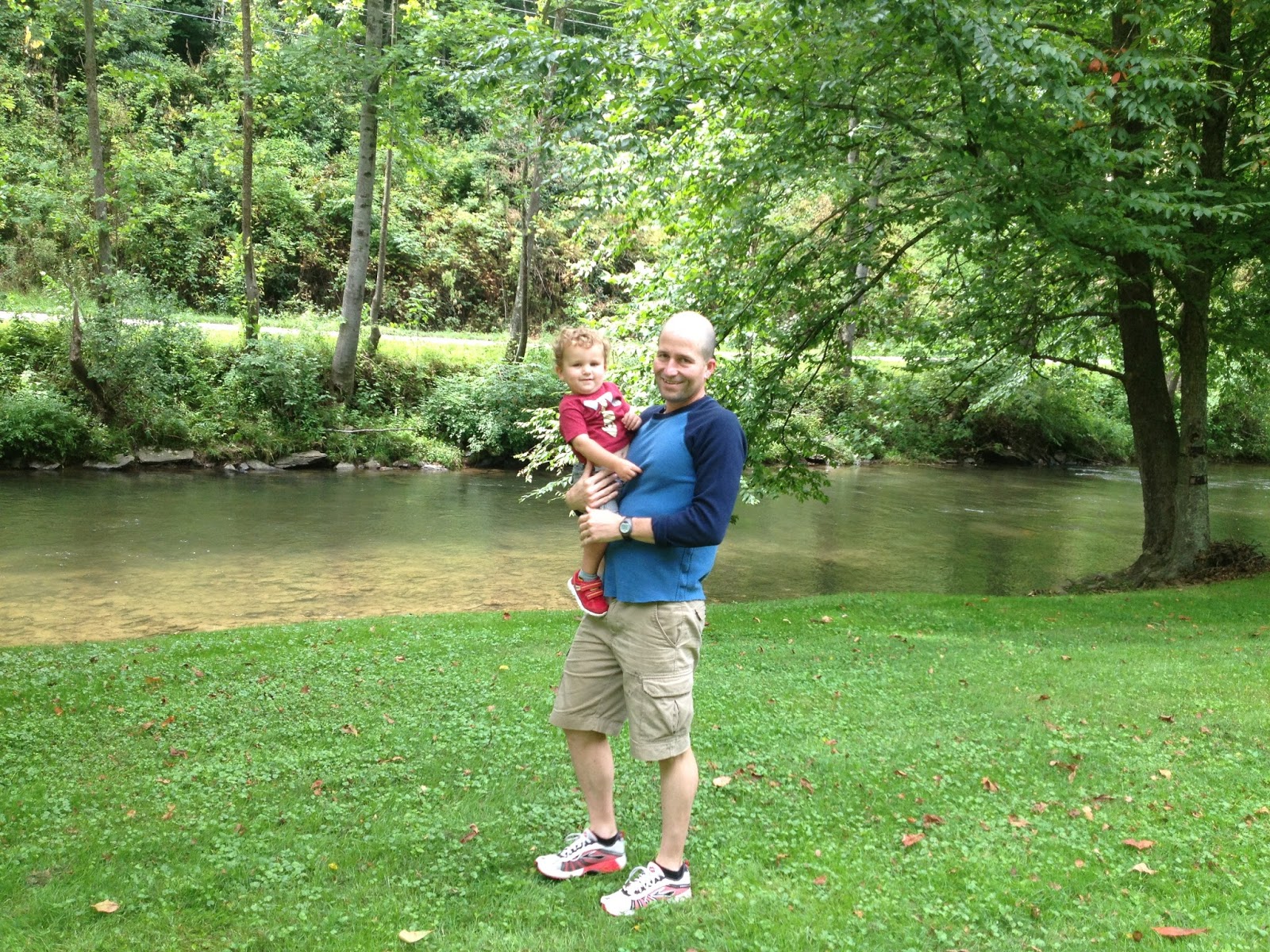 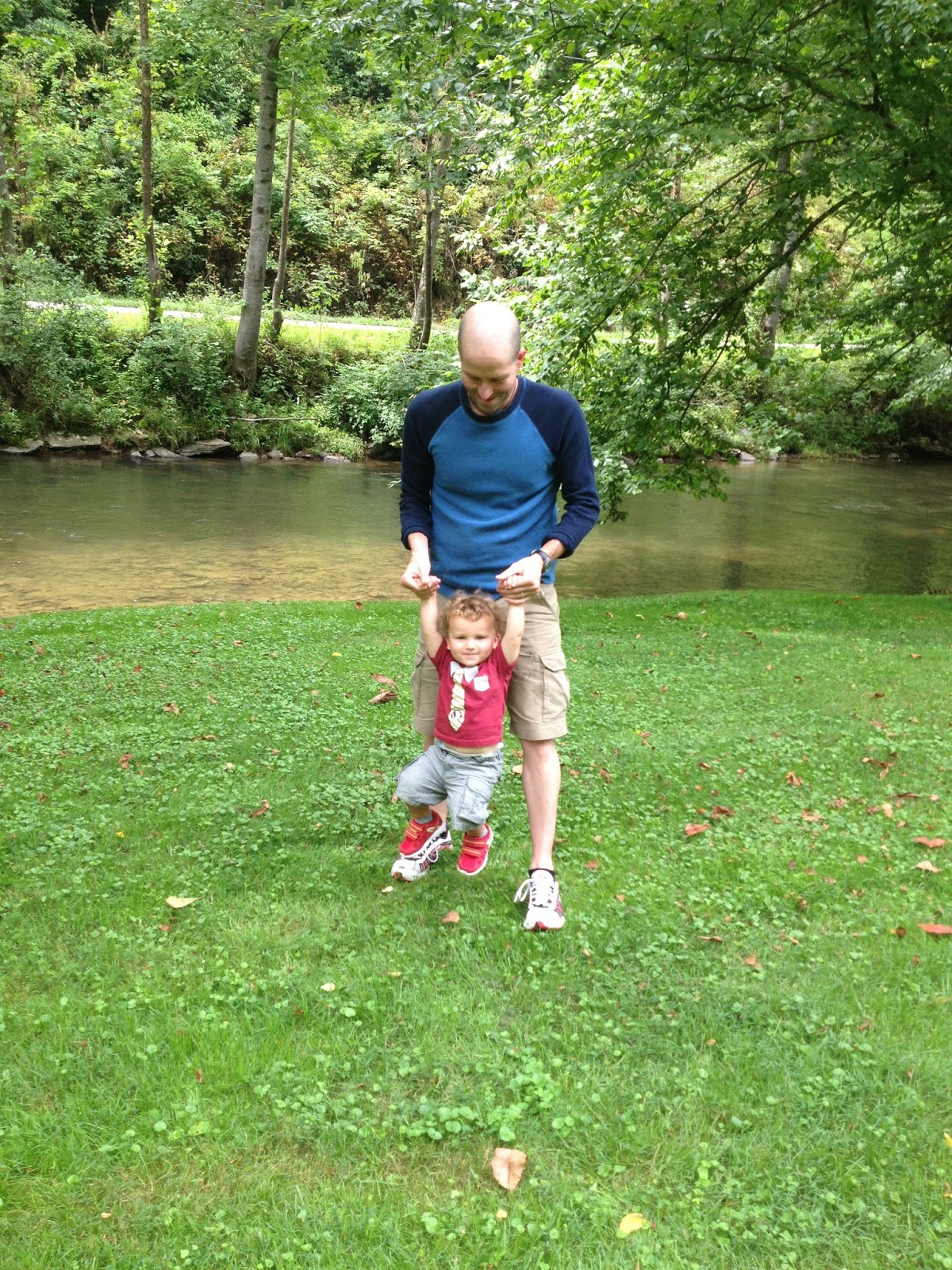 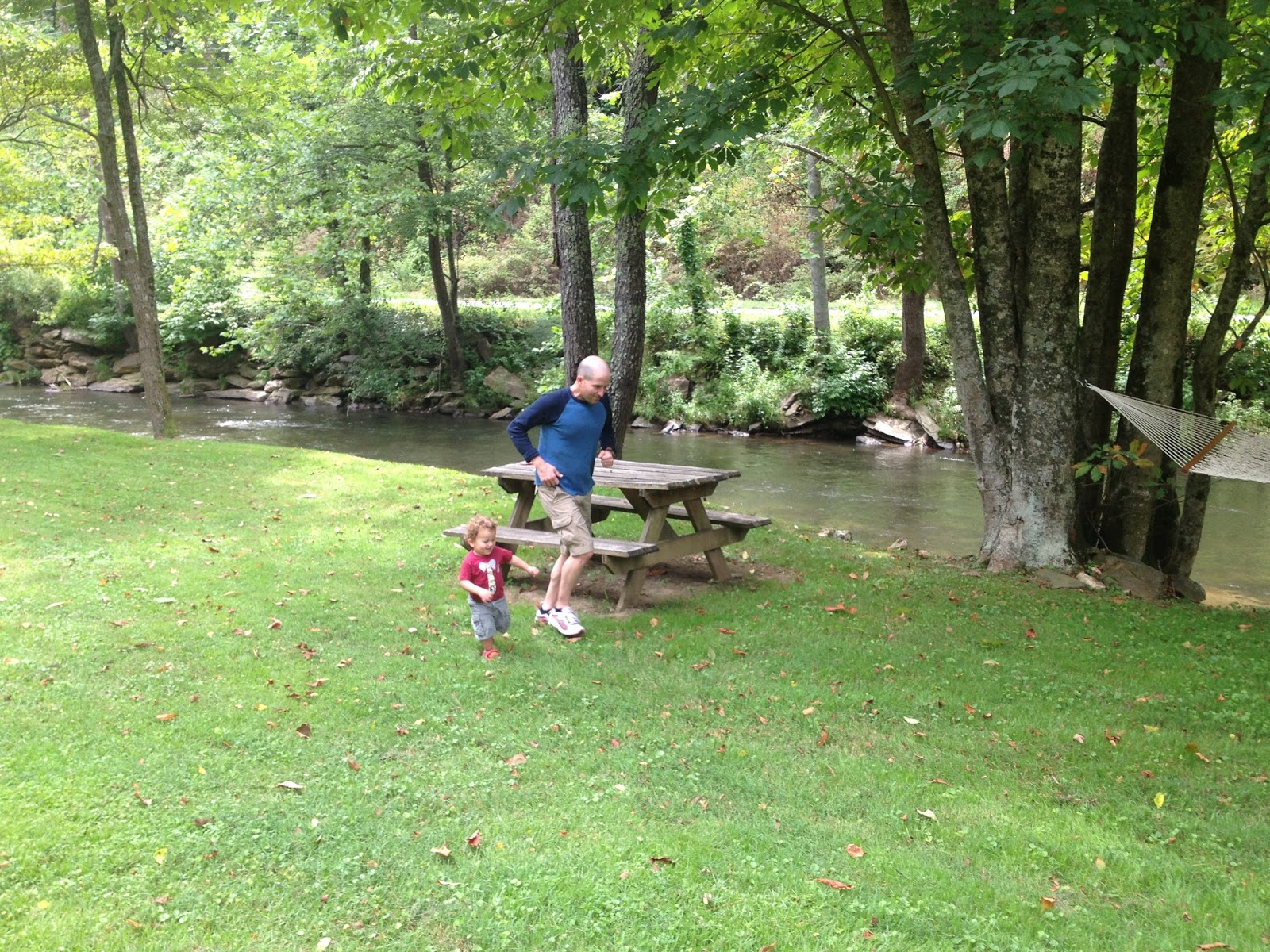 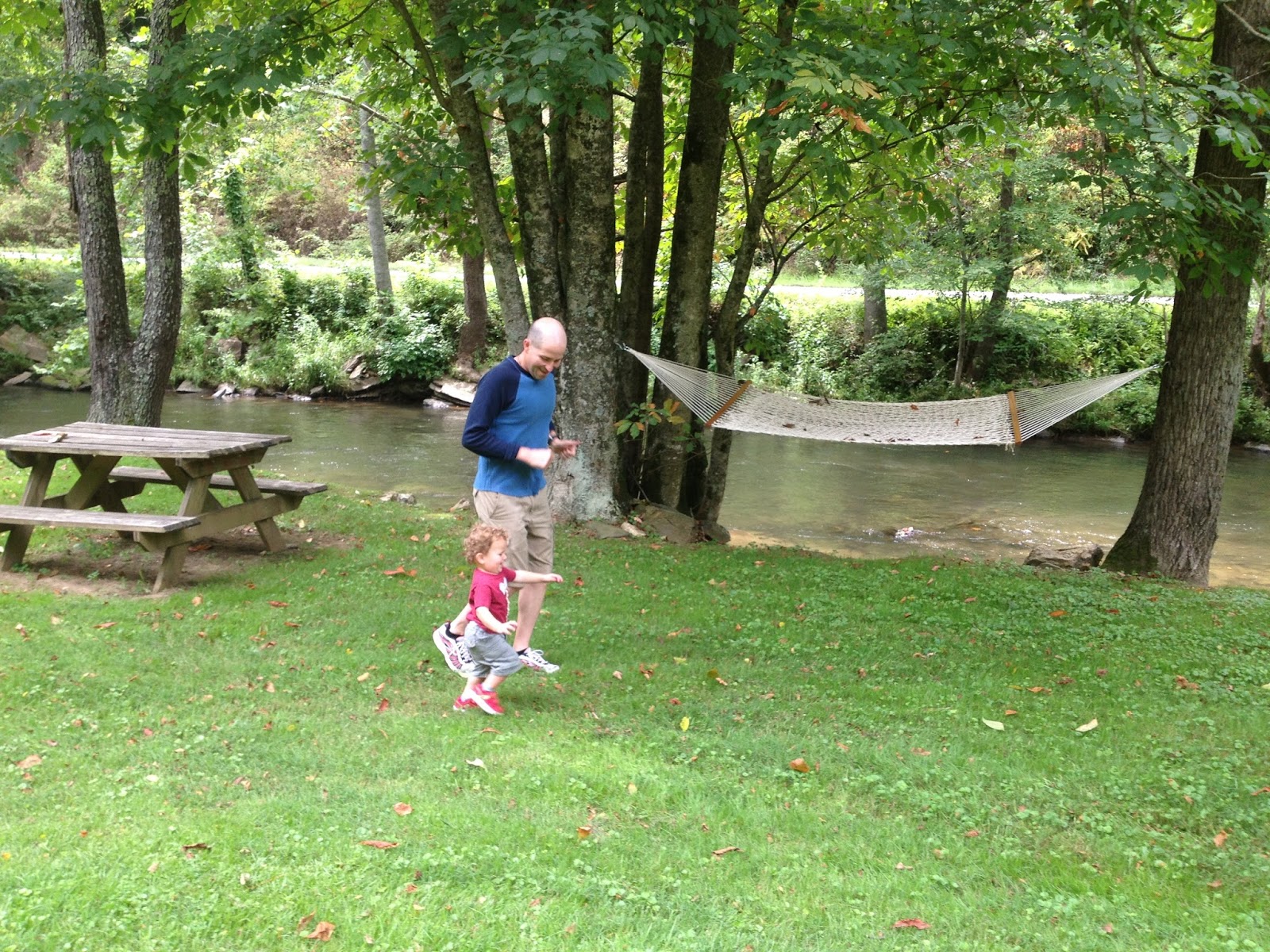 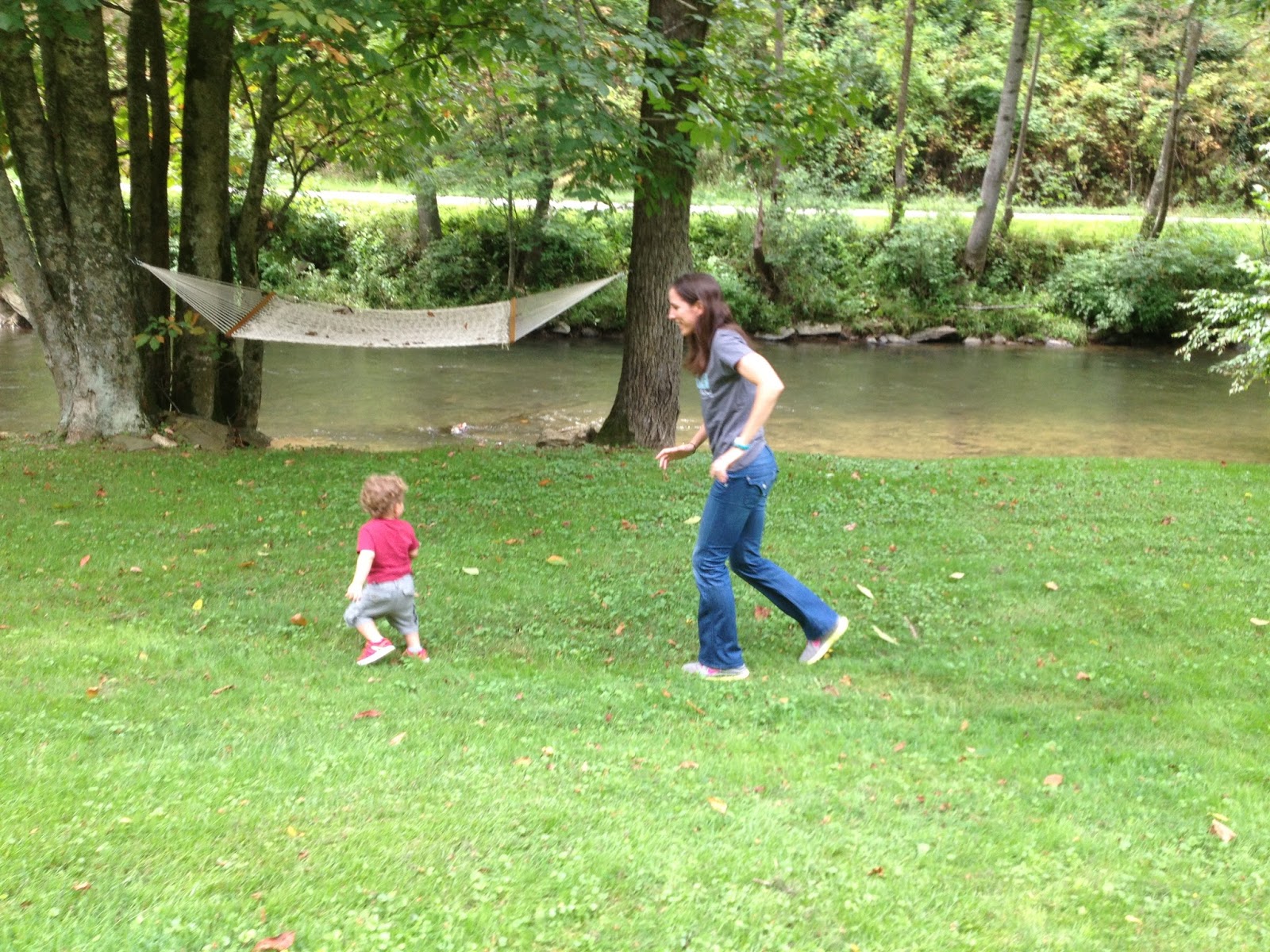 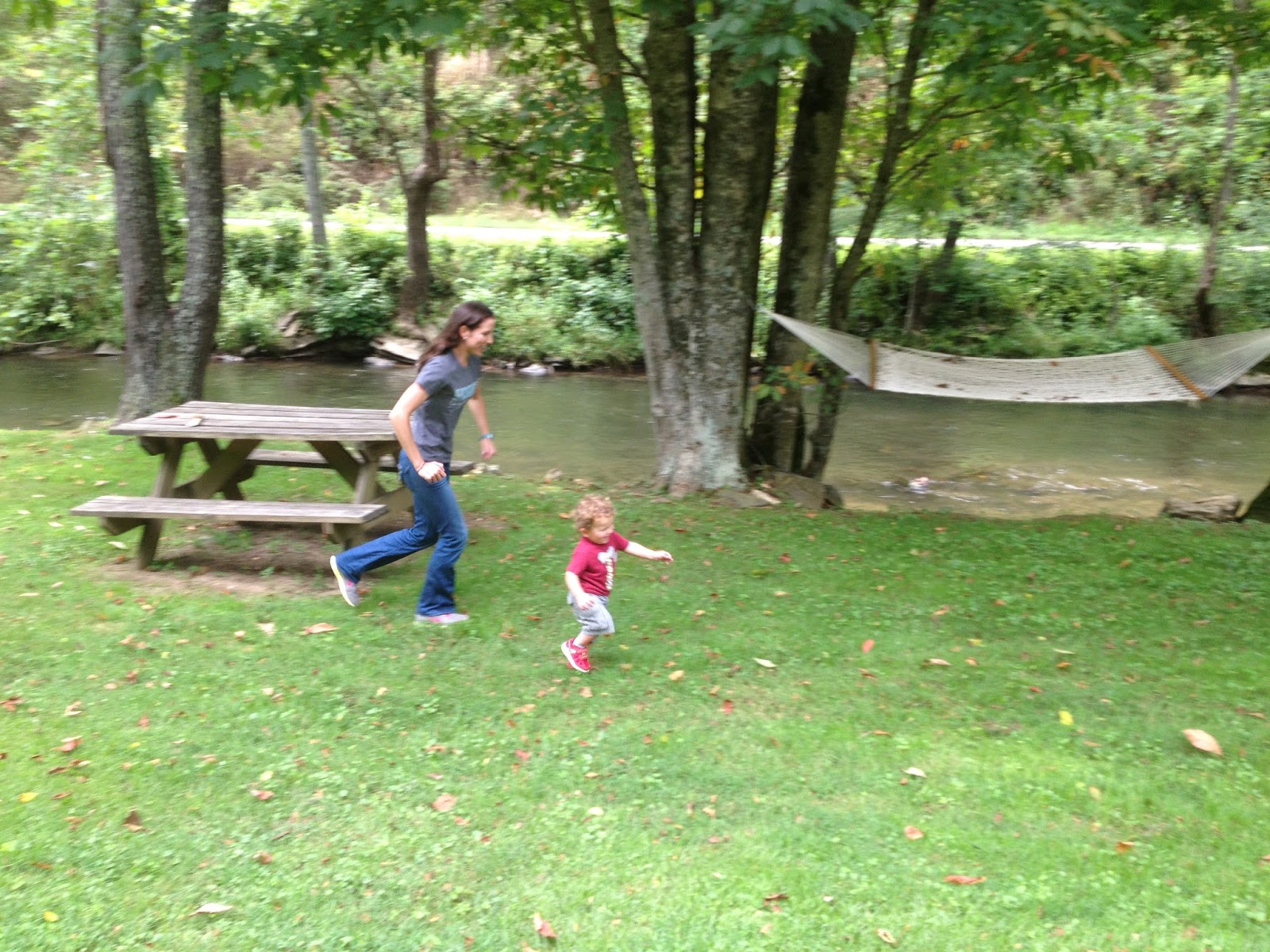 That evening we headed into Waynesville so we could check out the Bear Waters Brewery.  Their beer is also very good (the wheat is excellent) and worth a visit if you get out that way. 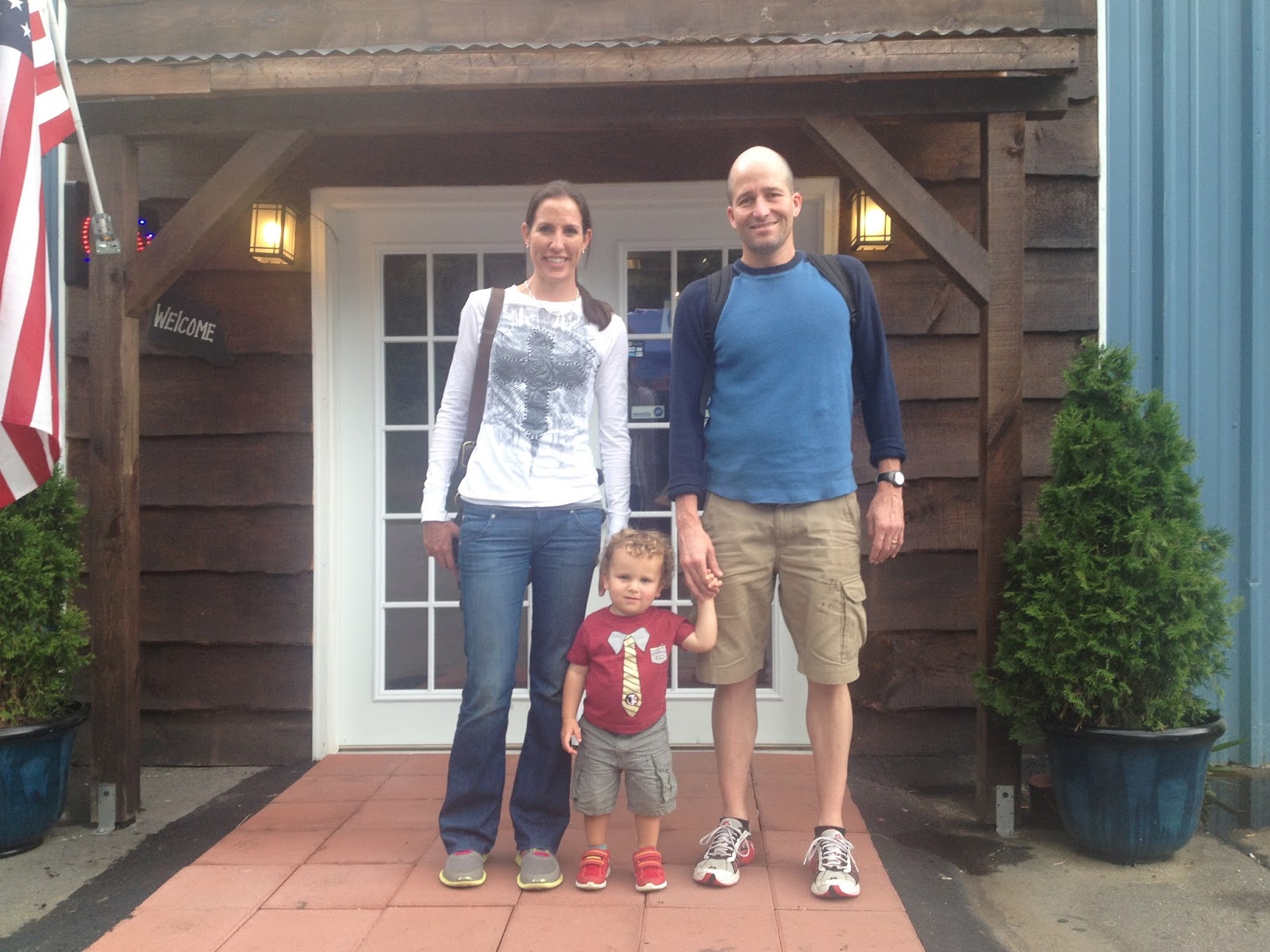 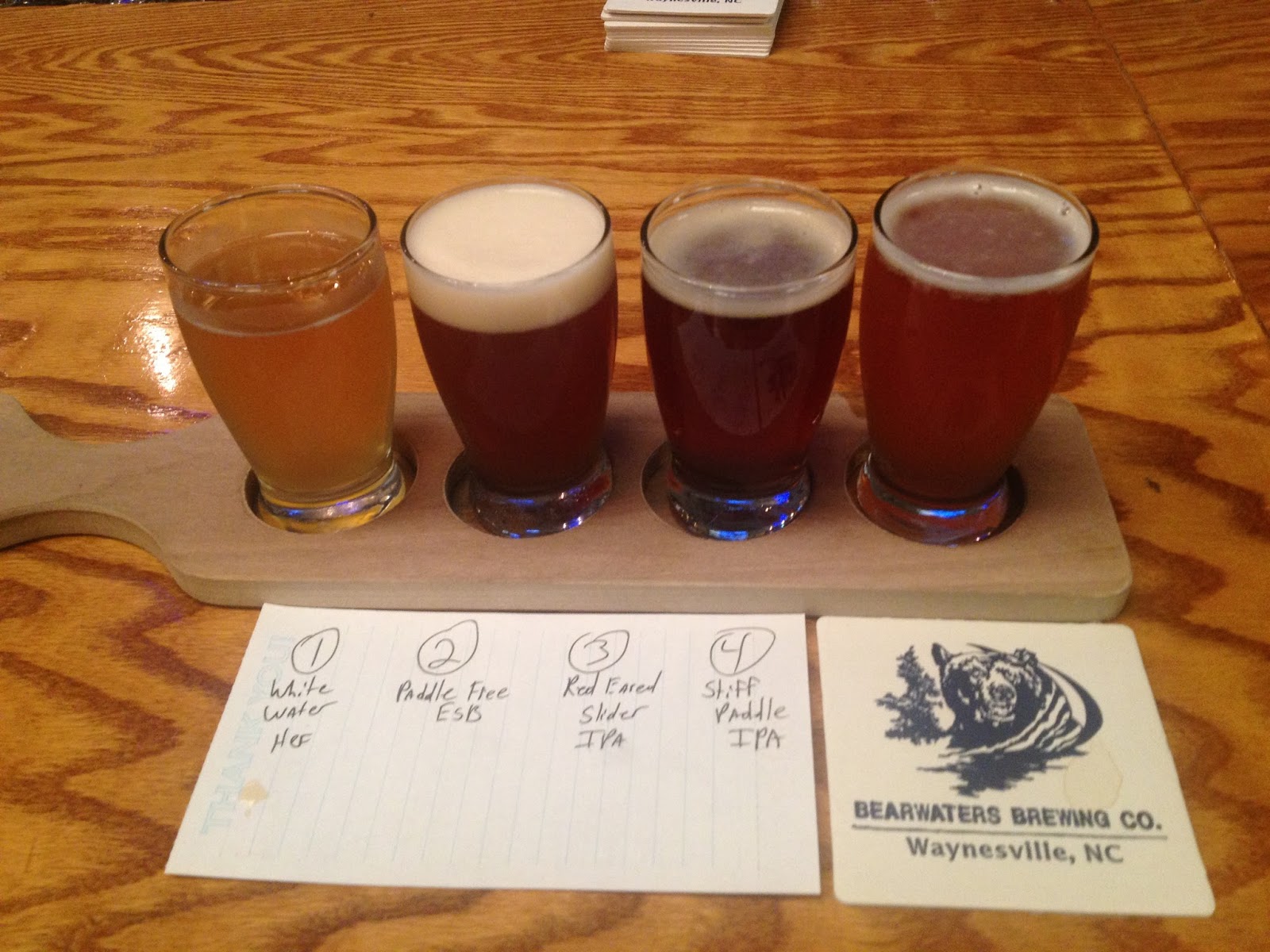 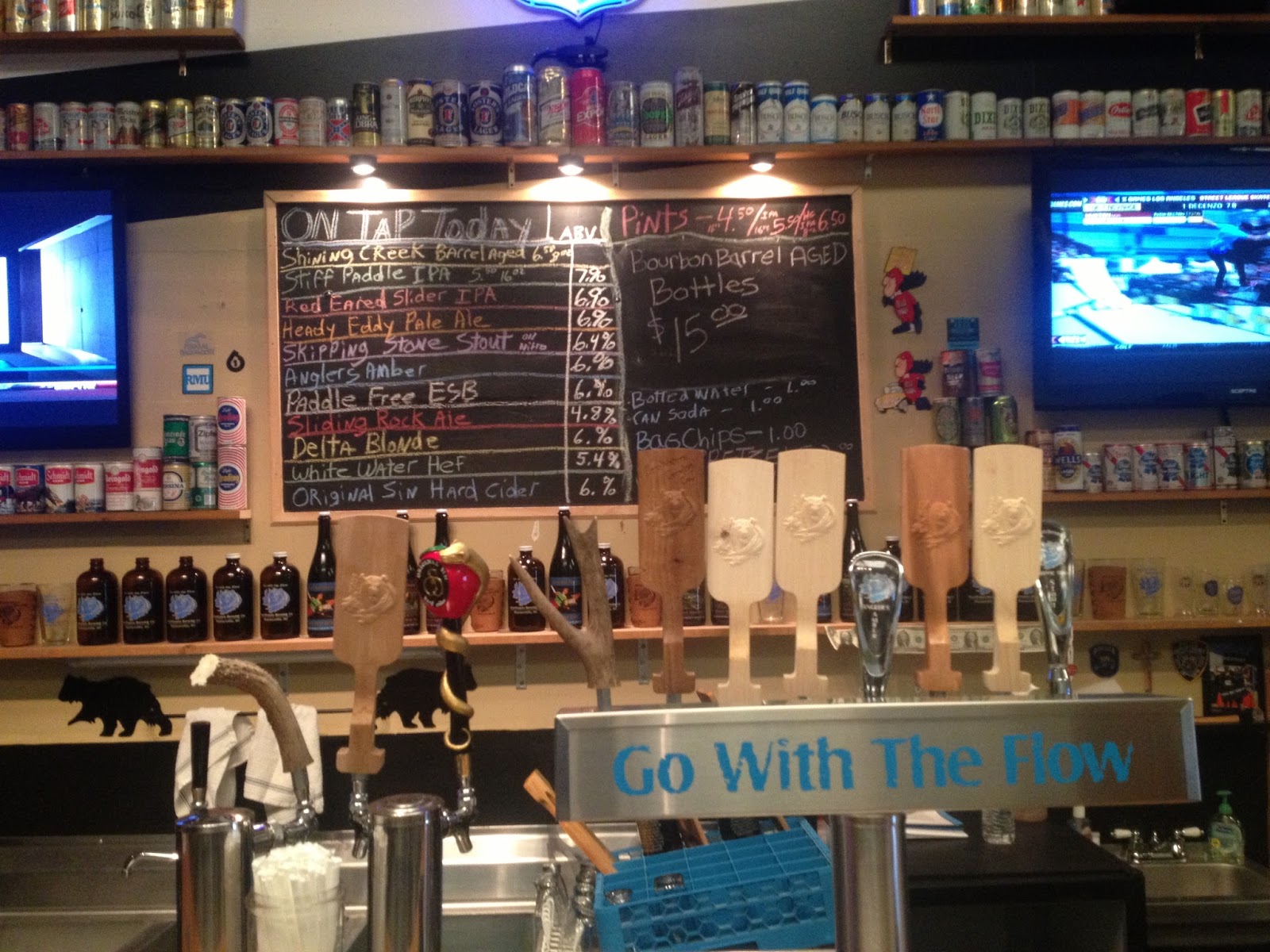 After that we visited yet another brewpub called Tipping Point Tavern.  These guys are more of a restaurant and bar with a small brewing operation.  The decor/setup is very good and their Punch in the Face IPA is worth a visit. 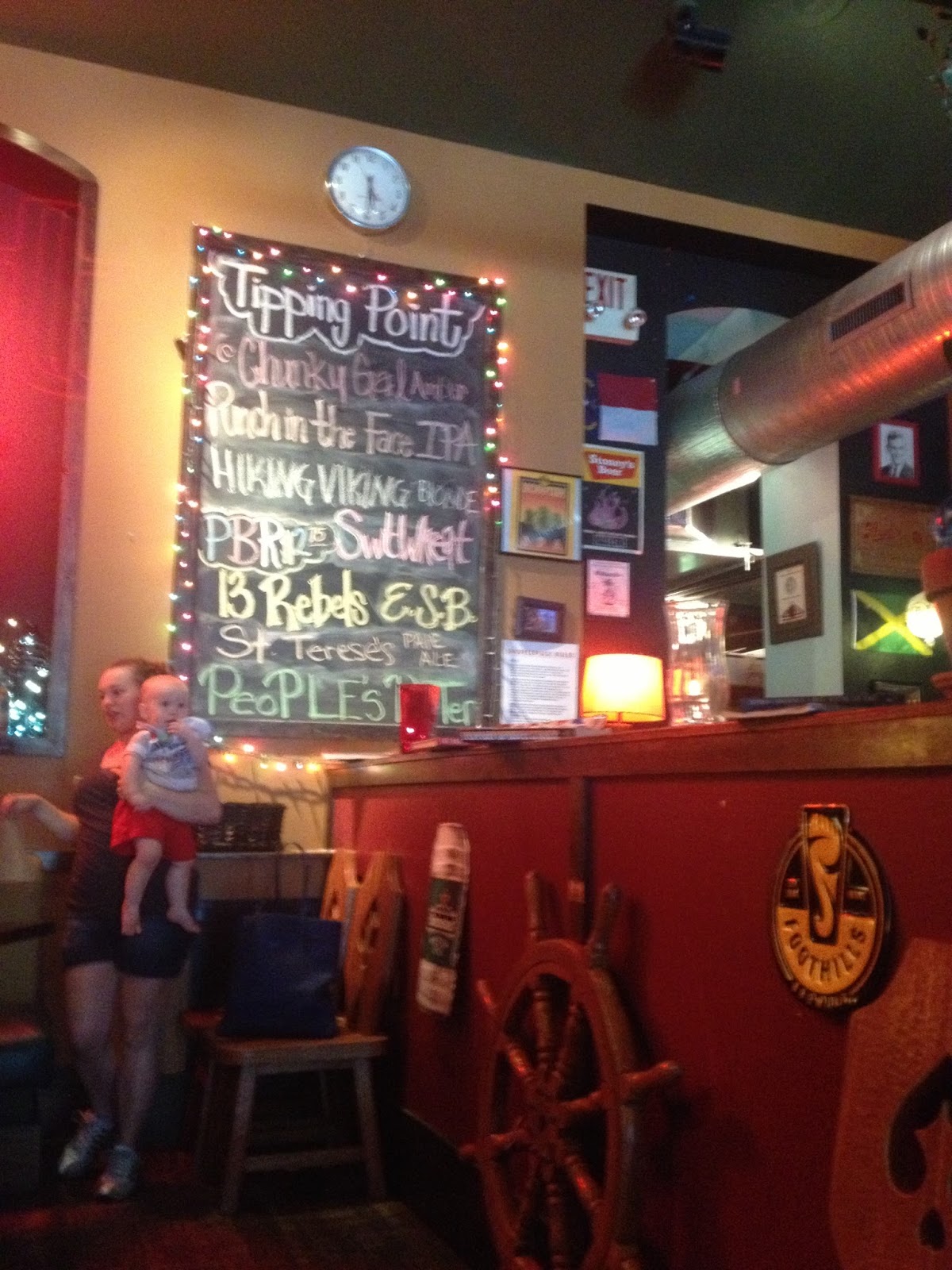 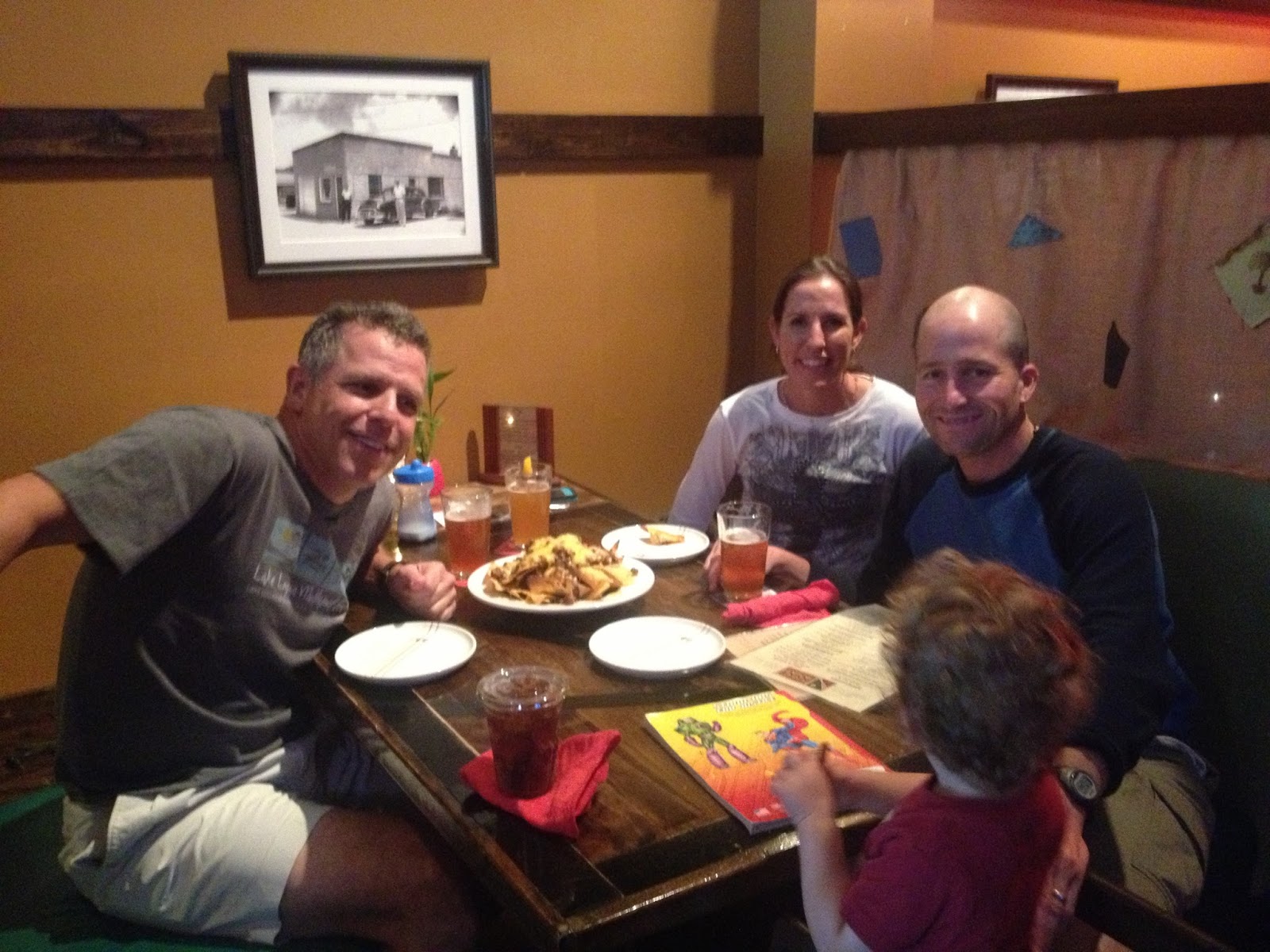 On Sunday it was my turn to do the Aquathon - 1500 meter swim then 5k run.  There are not many options to do races like this and this year it was the USAT national championship so I decided to give it a whirl.

Pre race I ran into the DeHart's, who have done and won several of our own Old School Aquathons over the years, as well as my old racing and training buddy Andy Farrell.  I first raced Andy in 1998 at a sprint triathlon in Clermont and we have gone back and forth many times since.  Here are selfies: 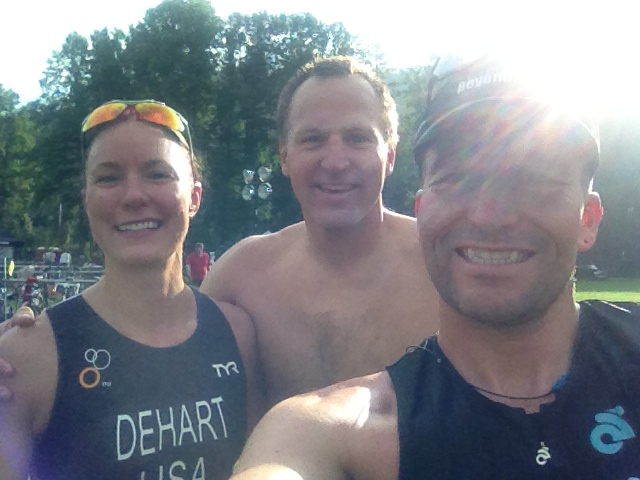 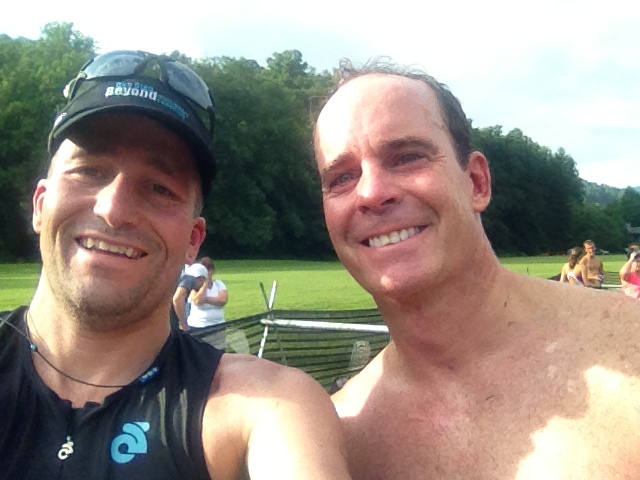 The race itself went OK, not great, but not terrible, and I am happy to just get out and move around without a broken foot and all that.  I had a really good swim and came out in 3rd.  Might have gone harder than my training has really been geared towards. :) On the run I felt a bit heavy and stiff - the effort and HR was there but the legs were not responding as well as it did at the Cary 5k the previous weekend.  I also have not done a swim-run workout in about a year.  Ah well, you cannot feel good-great all the time and this was one of those.  The run is 1.5 miles essentially uphill then back down.  I survived the uphill then pushed the return trip as well as possible and finished in 16th overall, 4th in my age group.

After the race we packed up Mr Junior Awesome and hit the road.

Next up will be a local race on August 18 at the Rex Wellness Wakefield facility, then a month until the Wilmington YMCA triathlon on September 21.
Posted by martygaal at 10:25 PM