Since I have a memory like an elephant that can't remember where it is or that it is even an elephant, it is good to have this web diary thing to remind me of the fun places we have gone and the fun things we have done.

On Friday we started our ride just outside Maggie Valley, and rode up to the Blue Ridge Parkway. The ride to the parkway was way tougher than the parkway itself. 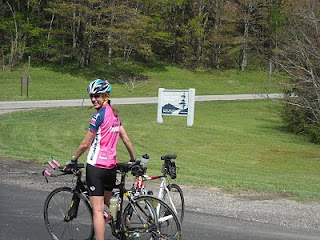 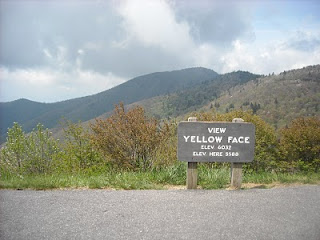 After the ride we spent some time in Jonathan Creek, chilling out. Tassie did not like the rock you can just make out on the right side of this picture. 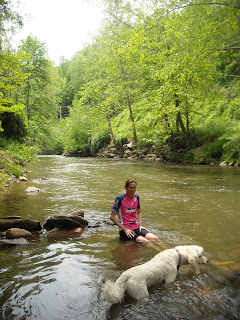 Later that evening we headed to downtown Waynesville to have an early dinner at Nick and Nate's pizzeria. Bri and I have a very similar picture, I believe it might even be the same booth, from our 1st year anniversary, but I would have to dig that out of the archives. 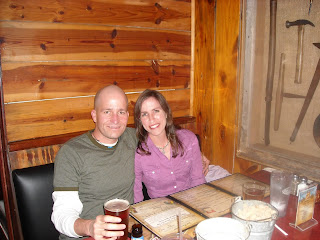 Anytime we went anywhere without our little Tassie, she let us know she wasn't happy about it. 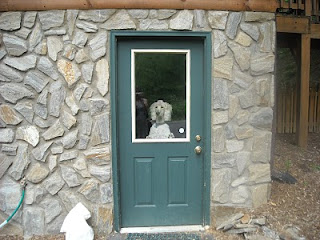 But she got some 1-1 Bri time later that evening. 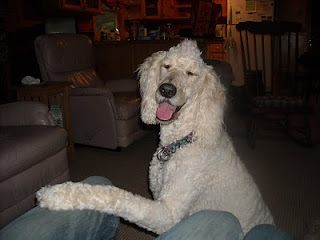 On Saturday we did a short run then had breakfast at Joey's Pancake House in Maggie Valley. Joey's is good food. Tassie was tired and slept in the sun later. 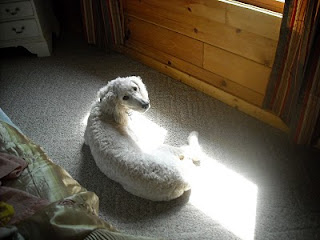 We also did some fishing throughout the weekend. I had one real bite but was not able to catch anything. 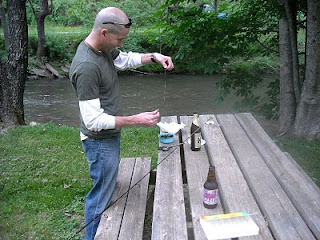 Tassie said I should throw it "over there." 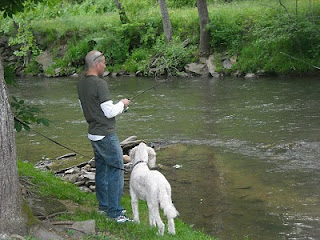 On Sunday morning we did one more ride, a nice hilly short route from the house. 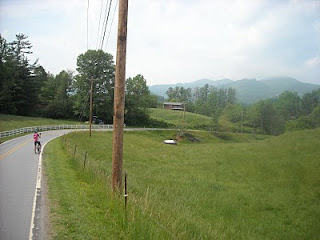 After the loop we rode into town for some snacks at the Grizzly Grill. If you ever need ride nutrition information, I am your man. 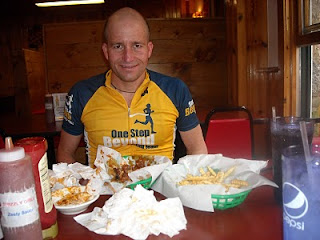 But I don't want that to be the last image you have of us for today. 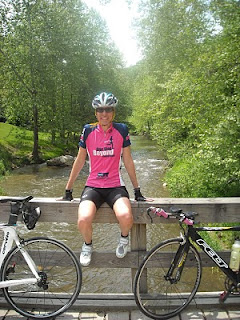 Our next big bike weekend will be June 18-20 with a whole gang of riders/triathletes in Boone. Vacationing in the mountains with no agenda is nice.
Posted by martygaal at 2:20 PM

No anniversary is complete without plenty of beer. Love it!!!